More than 200 killed in poisonous gas attack in Syria

More than 200 killed in poisonous gas attack in Syria

The Associated Press news agency has reported that 2 Syrian pro-opposition groups are claiming that government forces carried out a “poisonous gas” attack near the capital Damascus, leaving dozens of people dead on early Wednesday, 21 August 2013.

The two groups quote activists as saying that regime forces fired “rockets with poisonous gas heads” in the alleged attack.

The Britain-based Syrian Observatory for Human Rights says the shelling was intense and hit the eastern suburbs of Zamalka, Arbeen and Ein Tarma. The opposition Sham news network reported that the nerve agent Sarin had been used.

“Many of the casualties are women and children. They arrived with their pupil dilated, cold limbs and foam in their mouths. The doctors say these are typical symptoms of nerve gas victims,” the nurse said.

Amateur photographs and videos have appeared on the Internet to show rooms and clinics filled with bodies but no visible wounds can be seen, save for foaming at the mouth.

Syrian state television quoted a source as saying there was “no truth whatsoever” to the reports.

Syria is one of just a handful of countries that are not parties to the international treaty that bans chemical weapons, and Western nations believe it has caches of undeclared mustard gas, sarin and VX nerve agents.

Khaled Omar of the opposition Local Council in Ain Tarma said he saw at least 80 bodies at the Hajjah Hospital in Ain Tarma and at a makeshift clinic at Tatbiqiya School in the nearby district of Saqba. 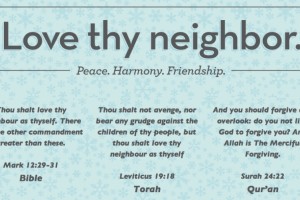 Alhamdulillah, we were blessed with the presence of Habib Umar[...]