Yasiin Bey, also known as Mos Def, released a controversial video to show his take on the issue of force feeding at Guantanamo Bay prison.

Force feeding is a standard procedure at Guantanamo Bay. Over 100 detainees have been on a hunger strike at the Cuba facility. The hunger strike is in protest to their indefinite detention.

In response to the hunger strikes, the Obama administration has resorted to force feeding 44 of the prisoners, using feeding tubes.

Bey’s video is not easy on the stomach– both literally and metaphorically. In his video, Bey is even seen crying out in pain and asking for the procedure to stop.

The force feeding procedure occurs twice a day at Guantanamo Bay, MSN writes. The procedure lasts two hours in some cases, with the prisoner shackled to a restraint chair, a feeding tube in his nostril.

Despite the Muslim holy month of Ramadan, which calls for daily fasting, the prisoners will continue to be force fed. In response to Ramadan, the Obama administration has indicated that force-feedings will happen at night during Ramadan, writes The Guardian.

Yasiin Bey is a practicing Muslim and an actor-musician who has appeared in many films and television shows, including The Italian Job and Dexter. He prepared the video in collaboration with BAFTA award-winning filmmaker Asif Kapadia. 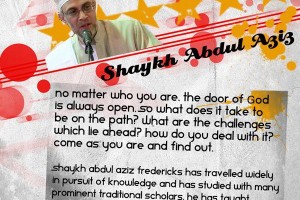 How & Why Should I Love God

Recently, I’ve watched this video about loving Allah. For[...]

So the current season of Anak Metropolitan is almost over[...]