Being angry is like holding ignited coal with the intent of throwing it at someone, but you are the one who is actually getting burned by it. Anger can get the better of us anytime; we lose control of ourselves and can do things which can make our daily life disastrous. You must have realized that people say that they “lost their temper”, or “lost their cool” or “lost control” when they perform an unreasonable act in anger. What we have to realize is that anger conquers us, and we always lose to it. An angry man indeed loses: he loses his mind, his senses, and in fact, loses himself.

When he went back to his house in the interior of a desert he learnt that one insolent man from their tribe had raided and looted a nearby tribe and stolen their wealth. In retaliation, the other tribe was also enraged and carried out several raids. It was a tense situation and war was at the doorsteps, and the man prepared himself to defend his tribe and was furious by the outrageous act of misconduct by the other tribe. However, the moment he stood up to fight, he remembered what Prophet Muhammad SAW had advised him. He realized that anger had got the better of his reason and he set out to fight without even trying for a settlement. He felt the guilt rising in him and came out and called the leaders of the opposite side.

He then said “Brothers, there is no need for bloodshed. I understand that my people have raided your side and stolen your property, and I request a settlement. I am ready to compensate from my personal wealth.” The leaders from the opposite side were amazed by his approach and decided that their bloodshed was indeed unnecessary and the leader with all his wisdom and openhandedness declared, “We are moved by your act of calmness and understanding but we too are no way inferior. We agree to let go of our demands and settle peacefully” and both tribes retreated to their lands in a peaceful manner.

Here are some things you should avoid when dealing with an angry person:

All the best in dealing with those afflicted with anger!

Shahenshah Jaffri
Shahenshah is a computer science engineer who likes to do things differently. He spends most of his time with the love of his life which is his computer, using it mostly for gaming and writing and has a incredible knack for peppering humour. 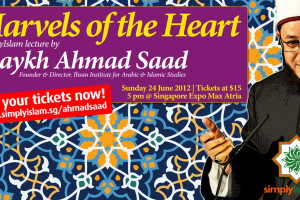