Washington, Dec 12, 2012 (AFP) – President Barack Obama proclaimed Syria’s newly reframed opposition as the “legitimate” representative of the nation’s people Tuesday, in the most significant US intervention in a brutal civil war.

As Washington cranked up pressure on beleaguered President Bashar al-Assad, the Obama administration also blacklisted the Al-Qaeda-linked Al-Nusra Front, which officials here fear seeks to hijack the revolution, as a terrorist group.

It was another day of carnage inside Syria, meanwhile, as scores of civilians from Assad’s minority sect were reported killed, in what appeared to be the largest scale revenge attacks yet against Alawites.

The United States has edged slowly towards recognizing the opposition Syrian National Council, and its move follows those of France, Britain, Turkey and the Gulf Cooperation Council regional grouping.

The process was slowed by concerns that the group, recently reconstituted under US pressure, did not genuinely represent all sectors of Syrian society, had links to extremists, and did not fully subscribe to democratic principles.

Secretary of State Hillary Clinton had been expected to make the announcement at a Friends of the Syrian People meeting in Marrakesh, Morocco, Wednesday but could not travel owing to illness.

Washington has so far only provided humanitarian, non-lethal aid to the rebels, officially declining to send arms, a position White House spokesman Carney reiterated on Tuesday.

The US administration made clear that it was differentiating between the Council and another group, Al-Nusra, which it sees as having extreme tendencies.

“There is a small element of those that oppose the Assad regime, that in fact are affiliated with Al-Qaeda in Iraq and we have designated them, Al-Nusra, as a terrorist organization,” Obama said in the interview.

Though a minority, Al-Nusra has been one of the most effective rebel groups fighting to overthrow Assad, raising concerns that hardline extremists are hijacking the 21-month-old revolt.

The front’s fighters, many of them jihadist volunteers from around the Islamic world, were instrumental in the fall of the army’s massive Sheikh Suleiman base in northern Syria on Monday after a months-long siege.

The group has claimed responsibility for recent suicide bombings that killed scores of people, and has said it hopes to replace the Assad family’s four-decade hold on power with a strict Islamic state.

The strike on Alawites came in bomb attacks in the village of Aqrab in the central province of Hama and killed or wounded at least 125 civilians, said the Syrian Observatory for Human Rights.

“We cannot know whether the rebels were behind this attack, but if they were, this would be the largest-scale revenge attack against Alawites,” members of a Shiite sect in Sunni-majority Syria, said Observatory director Rami Abdel Rahman.

Aqrab is near Houla, a majority Sunni Muslim village where 108 people, including 49 children and 34 women, were massacred on May 25 in what was widely blamed on pro-regime militias despite denials from Damascus.

Washington also Tuesday said it was now less concerned than last week that Assad could resort to using chemical weapons stockpiles against rebels.

US Defence Secretary Leon Panetta said Syria had not taken any new steps in recent days that signal a readiness to use its arsenal.

“At this point the intelligence has really kind of leveled off. We haven’t seen anything new indicating any aggressive steps to move forward in that way,” Panetta told reporters aboard his plane before landing in Kuwait.

International military chiefs have met in London to discuss the Syria conflict, a diplomatic source said after a media report that they discussed plans to train rebels and give air and naval support.

A British diplomatic source confirmed that the military leaders had held talks, but played down the idea that they discussed military intervention against the Assad regime.

Inside Syria, and apart from the Aqrab attack, at least 68 people were killed Tuesday, the Observatory said.

With the total death toll from Syria’s agony now topping 42,000, according to the Observatory’s figures, the UN High Commissioner for Refugees said the number of Syrian refugees in neighboring countries and the wider Arab world had now passed half a million. 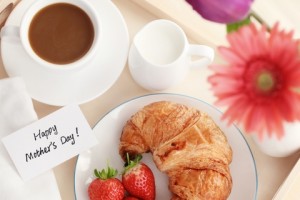 Ask any children as to who are the most[...]

The man behind the anti-Islam film, "Innocence of Muslims", has[...]

Initially, Sufi music was associated with the growth of Islamic[...]