An abode of tranquillity, an atmosphere filled with the essence of truly divine worship and a place where you can come loaded with the burdens of all your worldly affairs and head back home with a light heart….a mosque is such a beautiful place to enrich your soul with an honest prayer to Almighty Allah SWT. Here’s a list of the top 10 mosques of the world, where you are sure to find immense solace in ibadah.

The national mosque of Indonesia, which boasts of being the biggest one in the country as well as the fourth largest mosque area wise in the world, is the Istiqlal mosque, located in the capital city Jakarta in Indonesia. ‘Istiqlal’ literally means ‘independence’ in Arabic. This mosque was built as a token of gratitude towards Allah SWT for granting independence to the country, and hence the name ‘Istiqlal Mosque’ was issued.

The Hassan II mosque in Casablanca, Morocco, stands on the 5th position in the world with respect to its area. The mosque has impeccably beautiful French architecture designed by Michel Pinseau. It was constructed by Bouygues on the peninsula area that faces the Atlantic Sea. The prayer hall inside the mosque has glass flooring and can have 25,000 people bowing down to Allah SWT at one time. Besides that, the courtyard has a capacity for another 80,000 worshippers. The Hassan II mosque also boasts of having the tallest minaret in the world, standing at 210 metres. The largest mosque in China, the Id Kah mosque, is situated in West China’s Xinjiang Islamic province. With an area spanning approximately 16,800 sq. metres, this mosque is supposed to be twelfth on the list of the largest mosques in the world, as also it has a capacity of accommodating nearly 20,000 people at a time for salaat. The Id Kah mosque was made by Saqsiz Mirza and it has the remnants of centuries old architecture as well. About 10,000 people gather over here every Friday to offer the Ju’ma congregation. 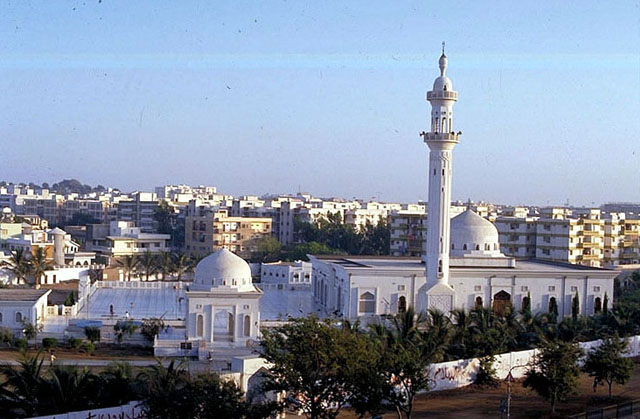 The national mosque of Bangladesh, Baitul Mukarram mosque was made in the 1960’s by T Abdul Hussain Thariani, a Dhaka based architect. Situated in the centre of Dhaka city, this mosque is unique for its similarity with the holy Kaa’ba in Mecca. Moreover, Baitul Mukarram mosque is considered as a symbol of Islamic unity and is an ideal place for huge congregations in the country. A beautifully constructed mosque with elegant and royal looks, Sultan Omar Ali Saifuddin mosque stands as a masterpiece and an immensely popular tourism spot in the capital city of Bandar Seri Begawan in Brunei. This mosque boasts of being the most beautiful one in the Asian continent. It is artistically constructed on the banks of a river where its reflection can be perfectly seen in the clear waters. The golden dome adds to the beauty of Sultan Omar Ali Saifuddin mosque making it look unique among other landmarks in the country. 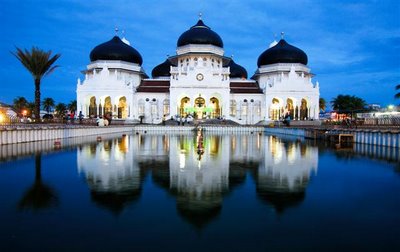 The advent and empowerment of Islam in Indonesia is well represented by the famous Baiturrahman mosque. This mosque is particularly well known for its spectacular domes, a good example of the fine architectural skills of the Dutch. The Baiturrahman mosque was constructed by the Dutch rulers in the year 1879 and since then the mosque underwent several reconstructions in 1957 first and then in the late 1980’s.

Pakistan’s national mosque and also one of the biggest mosques in the world, the Shah Faisal mosque is located in the heart of Islamabad city. This mosque is famous for its huge size and modern style of architecture. It covers an area of about 5000 sq. metres and nearly 3 lakhs people can offer their prayers over here at a time. The tall, slender minarets at the four corners and the angular construction of the main building make the Shah Faisal mosque a major tourist attraction as well.

Along the Muscat Street in the kampong Glam district of Singapore, what makes us stop and gaze is the beautiful Sultan Mosque. Declared as a national monument of Singapore in 1975, this mosque has remained unchanged so far. The marvellous domes and the majestic prayer hall are considered as hallmarks of traditional Islamic architecture. The sanctity of the Sultan is amazingly unadulterated by the urban influence as it retains the classic old world flavour. 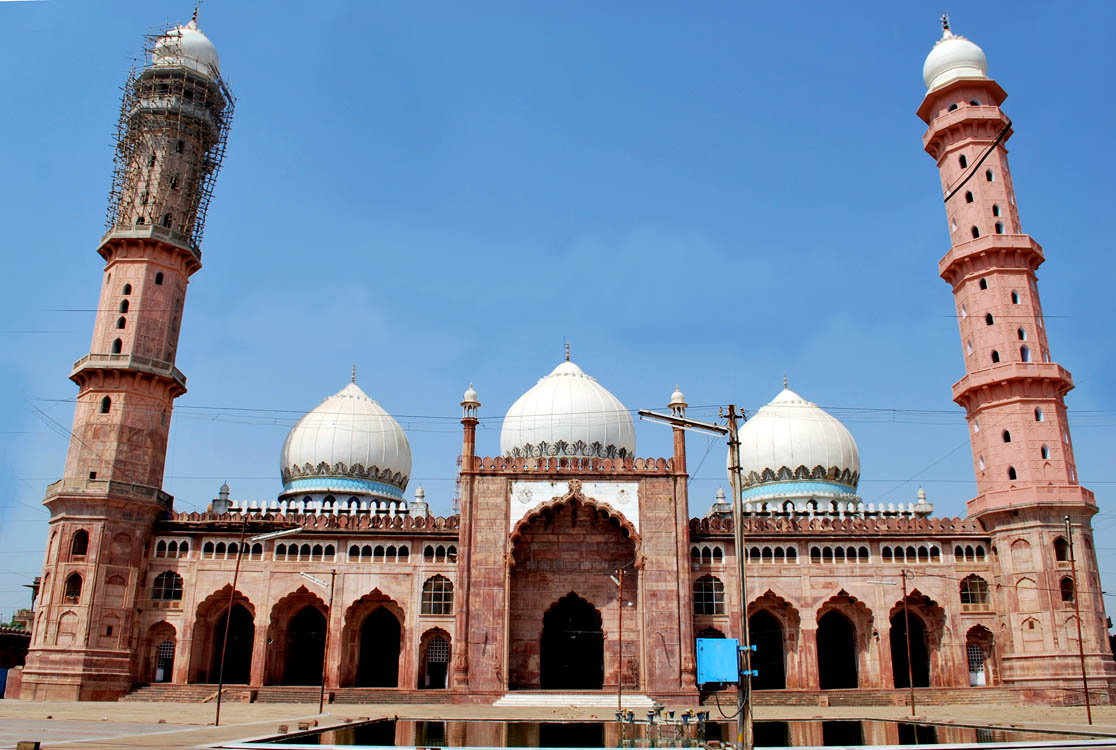 Among all the famous mosques in India, Bhopal’s Taj-ul-Mosque is one of the biggest and most renowned Islamic structures in the country. Taj-ul-Mosque actually means ‘the crown of mosques’. In synchrony with its meaning, this mosque has beautiful Mogul style architecture with royal domes, huge, glorious minarets and a vast area for praying. Although its construction was once being put off owing to lack of funds, it took force in 1971 and was finally completed.

One of the most beautiful and spacious mosques in the world, the Zahir mosque of Kedah in Malaysia is a noteworthy piece of architecture. Built by Tunku Mahmud in 1912, this spectacular mosque occupies a space of nearly 41,270 sq. metres. Malaysia, being an Islamic nation, has an enormous number of mosques all over the country, the Zahir mosque being the most beautiful one. It is famous for its huge congregations and is very popular among tourists.