Home Media The Importance of Humility

Praise be to Allah, most Gracious, most Compassionate.

Humility is among some of the supreme blessings which Allah, in His divine wisdom, bestows on His servants. Allah says:

[quote]“And by the Mercy of Allah, you dealt with them gently. And had you been severe and harsh-hearted, they would have broken away from about you.” (Surah al-Imran 3:159)[/quote]

The following Surah refers in particular to the Holy Prophet (peace be upon him) glorifying him as a true humble servant of Allah in every manner, signifying his moral and affable treatment of all human beings with intense kindness. Character of the Prophet was invariably that of absolute humility, completely in accordance with the Will of Allah.

There are several practical ways in which one can attain humility and the gratification of Allah. In his writings (Al-Rooh, p. 233), Imam Al-Qayyum explains:

“There are several well known reports that pronounce rewards attainable by practicing humility. In this regard, Abu Hurayrah narrates that Allah’s holy Messenger (peace be upon him) on one occasion said that wealth never decreases on account of charitable contributions, but Allah will enhance His servant’s honor upon forgiving others. Further, that one never humbles himself in front of Allah, but Allah raises them (in status) accordingly.

One can understand this in two different ways. First of all, Allah will raise the status of those with humility in their present lives, thereby giving them a distinct status in the hearts of others due to their humility, as well as give them a higher status in the eyes of others. Secondly, it refers to the well earned reward in their Hereafter, whence He will raise their respective status on account of humility and good deeds performed during their present lives on the earth. (Narration from Muslim, 2588).”

In general terms, humility can readily be termed as a relatively simple process of good-naturedly carrying out all human deeds which are looked upon with extreme pleasure by Allah, such as:

Humility as a Slave

An individual can humble himself by obeying the commands as well as prohibitions ordained by Allah, and also by doing what is commanded and strictly avoiding what is clearly forbidden by Allah in a precise and correct manner. When one internalises the fact that one does not walk except on lands owned by Allah, or consume anything except that is has been written by Allah, or see, hear, move and feel except by Allah’s Blessings and Grace, one will feel the pangs of shame and humility at one’s helplessness. Knowing that one owns and controls nothing will help to increase humility and help in having khusyu’ in worship. [box_dark]“There are two realities which we must fully grasp in order to be truly characterized with the noblest characteristic of humility. First and foremost is to come to truly know Allah’s perfection, His abundant favors upon us and how we are fully dependent upon Him. Secondly, we have to come to know ourselves, where we come from and our numerous weaknesses and shortcomings.”[/box_dark]

“And turn not your face away from men with pride, nor walk in insolence through the earth. Verily, God likes not each arrogant boaster.” (Quran 31:18)

The Prophet (peace be upon him) said: A person in spite of having the means to wear decent garments, abstains from wearing them out of sense of humility for the sake of Allah, will be called by Allah on the Day of Judgment in preference to all the human beings and will be given the option to choose whichever of the mantles of faith he likes.

As the leader of the household, a man may find certain tasks beneath him. Yet, here we learn the perfect example of our beloved Prophet SAW who used to milk the sheep, sew and patch his own garments, go to the market and buy his own things, sit and eat with his servants and initiate greetings with others. A stranger that comes upon the Prophet SAW would never have guessed that he was the man selected to be the closest and most beloved to Allah SWT – that was the extent of his exceptional humility.

Even mothers may sometimes find the questions of their young children silly and exhausting. To practise humility, it would take lots of effort on the part of mothers to see a question as a new door to a whole world of knowledge for the young, to see the world through the lens of children and find everything and anything amazing and interesting as well.

Shaykh Zulfiqar Ahmad answers the interesting question: “Why was Prophet Adam AS made from clay even though it is weaker than fire and other elements, especially when he is supposed to be God’s vicegerent on Earth?”

Scholars provide a simple answer to this in their writings. Clay or soil remains attached to the ground, and hence displays an unassuming and humble nature. On the other hand, fire reaches upwards as Shaitan pointed out and so is identified with the characteristic of pride and arrogance. Allah SWT is pleased with the former and dislikes the latter, and so Allah SWT will continue to bestow honor upon those who humble themselves before Him. Clay is the material from which man is created, so it is most appropriate for him to keep his feet firmly on the ground and remain humble; he will indeed be disgraced and brought back where he belongs whenever he tries to overstep his boundaries.

Allah SWT loves humility and dislikes arrogance. It is well known in our tradition that Paradise will be denied to those who have the slightest amount of arrogance in their hearts. It follows that Shaitan was exiled from Paradise because of his arrogance in claiming himself to be superior to another of Allah’s creation.

Humility germinates from acquiring reflective knowledge about Allah, His attributes, His names, His greatness, as well as by loving and venerating Him, in addition to being indefatigably in His awe. Humility can also be attained by getting to know oneself thoroughly and recognizing one’s own weaknesses and intrinsic faults. By largely adopting these fundamental values as a complete code of life, one begins to develop a more moralistic attitude towards humility. This necessitates absolute submission to Allah’s Will, and being compassionate and humble towards His servants.

In this manner, no individual person will have a feeling of either being superior to others or start believing that he has any special rights or privileges over them. On the contrary, every individual will be motivated to believe that many others are much better than him in a lot of ways. Hence, it is obvious that the rights of others should accordingly be considered more significant compared to his own. These are the distinct characteristic features that Allah benevolently bestowed upon those He draws much closer to Him, honors and loves.

[quote]Sayyidina Abu Bakr RA once said, “Don’t any of you look down upon or despise any Muslim because even the smallest Muslim is big to God.”[/quote]

Watch this video on the Humility of Sayyidina Umar al-Faruq:

[box_dark]What: Legacy of Singapore's Past Ulama Who: Ustaz Firdaus Yahya[...] 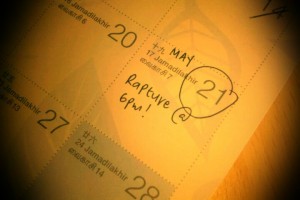 In the name of Allah, the most gracious and the[...]