According to a study of 1,491 respondents ages 18 to 59 to the 2006 National Survey of Religion and Family Life (in the United States), couples who pray together and share religious values are more likely to express affection and love, perform acts of kindness and be less critical of their partners.

In the study by University of Texas, sociologists Christopher Ellison and Xiaohe Xu also found that sanctification of marriage — the belief of partners that God is at the center of their unions — was associated with kinder, gentler relationships.

Ellison said, “One of the findings that comes through loud and clear”  is that couples who do in-home worship activities such as prayer and Bible study together are more likely to have loving unions.

Psychology professor Annette Mahoney of Bowling Green State University’s research shows that beliefs and actions such as praying privately for their partner, seeing marriage as part of a divine plan and engaging in religious activities together also are associated with happier, more loving unions.

Although the respondents in the study were Christians, writer David Briggs believes the same hold true for members of other faith groups.

On top of marital bliss, Mahoney says that multiple studies show people who attend religious services frequently are less likely to perpetrate or be the victim of domestic violence.

You ARE what you eat.

Have you heard of the saying “You are what you[...]

From the book "Excellence & Secrets of the Night Vigil"[...] 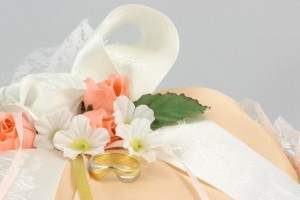 I know this story has been going around for quite[...]