Initially, Sufi music was associated with the growth of Islamic culture not just in India but all over the world. But today, Indian Sufi music is for one & all. Sufi music in India today have transcended the boundaries of religion and have reached to everyone. It is no longer bounded by traditional Muslim beliefs, although the Muslim identity of Sufi music is very much recognizable. One does not have to be a devout Muslim to appreciate the flavours of Sufi music. It has created a niche out for itself in the ever-booming Indian film & music industry. Even in Bollywood movies nowadays, melodies of Sufi music can easily be heard. Apart from that, traditional exponents of the culture have also made their mark in the minds of the common music lovers in India.

The origin of Sufi music in India can be traced back to 8th century Persia. Sufi music has many forms all around the world but the musical tradition of Sema is primarily heard in South Asia. It was Amir Khusro, poet of Emperor Alauddin Khilji, who did a remix of his own by mixing the Indian traditional music with the traditional Persian Sufi style to create the form which we know as Qawwali today. Traditionally, Qawwali is sung by a group of people & that is why a Qawwali group is called a Party. But this traditional norm is often broken in order to make Sufi music attractive to the Gen-X of India.

But the story of Sufi music in India would be incomplete without mentioning the contributions that were made from across the border. Pakistan has tremendously contributed towards the growth of Sufi music in India both in the past as well as in the present. In fact, some modern day Pakistani artists are more popular in India than anywhere else in the world – the late Nusrat Fateh Ali Khan being one of the shining examples of that.

In the traditional sphere, the form of Qawwali has not changed much even today. If you go to any Qawwali concerts today, you would still get that old traditional charm in the music. What has changed though is the way Qawwali is presented. Qawwali is no longer sung only in the Dargahs but the focus have now shifted to full-fledged Qawwali concerts using modern lightings, sound systems & other things. Qawwalis have also gone through a social transformation by its presence in Bollywood. There, Qawwali is not just sung in devotion to god but also to convey one’s love for another.  The first time the use of Qawwali caught people’s attention was in 1965 in the movie Waqt where the song Aye Meri Zohra Zabeen proved to be a huge favourite of the Indian masses. The song sung by legendary Indian singer Manna Dey & written by famous Urdu poet Sahir Ludhianvi, became an instant hit with everyone, especially with middle aged men who often sung that song for their beloved. As said, the song is an out & out commercial version of the traditional Qawwali. It caught the imagination of the Indian masses at that time & it is still continuing on that road.

(Let me pour some wine on this youth)

(And throw this rose towards a beauty)

(There is a veil)

(There is a veil)

(And if this secret is not unveiled by me)

(Then my name is not Akbar)

Recently, Indian movies have seen a spurt in the use of Sufi melodies in its songs. Singers like Rahat Fateh Ali Khan & Kailash Kher are well known exponents of the Sufi culture in the movie industry.

But off late more traditional forms of Qawwali have also been used in films. Although number of such songs is less, they are no less popular with the common Indian movie goers. Two types variations have been seen even in the traditional sphere of filmi Qawwali songs. One has the traditional Sufi words incorporated in the song’s lyrics but the music is again, Techno-Qwwali type. On the other type, Qawwali have also been used in the traditional form – in both music & lyrics. One example of the first type is the song Ya Ali from the movie Gangster & an example of the second type is the song Khwaja mere khwaja from the blockbuster movie Jodha Akbar.

(I’m ready to sacrifice everything for my friend)

(This is my life)

(I’ll give everything for love)

(I’ll obliterate for my friend)

(My being, my existence)

(Give me some moments of closeness with you)

(I’m begging for your love)

(How long can I tolerate this torment)

(I long for a little peace)

(In the name of love I’ll obliterate)

Qawwali used in traditional sense in every way i.e. in both lyrics & music is the song Khwaaja mere Khwaaja from the movie Jodha Akbar. Here Indian music director A.R. Rehman have infused traditional Sufi melody into the traditional Sufi lyrics written by Kashif. The song was sung by A.R. Rehman himself. If one just reads the lyrics of the song, he or she will find out that it is an out & out Sufi song. The song was written as a tribute to Khwaja Moinuddin Chishti, who was a Sufi saint of the Chisti order.

(The one who listens to the prayers of the poor)

(Please be in my heart)

(You are emperor of emperors)

(And you are the beloved of Ali)

In the traditional sphere of Sufi music, singers like Faiz Ali Faiz, Fareed Aiyaz and the Wadali Brothers are amongst the foremost exponents of the form. Pakistani Sufi exponent Abida Parveen is also a big name in India in the field of traditional Sufi music. All these singers are not just great promoters of the Sufi culture but equally well known for their expertise in Hindustani Classical music. For instance, Fareed Aiyaz is well known for his mastery over various forms of Indian Classical music like Dhrupad, Khayal, Thumri, Dadra etc. All these singers bear great lineage & Ghranas & they have rich heritage of Sufi music behind them. The popularity of these singers is evident from the fact that it is very difficult to get tickets for their shows. Most of the time, their shows are sold out many days before the concert.

But not everything is so hunky-dory as far as support for Sufi culture from government is concerned. Government support for this great form of music is barely seen. While a Qawwali festival was held in the US by President Barrack Obama in his swearing-in ceremony, the government in India seems to be totally indifferent to the rich cultural tradition. But it seems that the people & the expounders in India will take the Sufi Music tradition forward whether the government helps out or not.

Often, when we go travelling, our usual main lookout is[...] 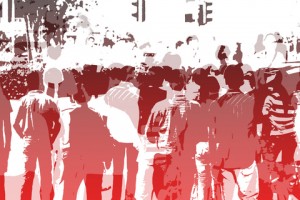