Scaling the Mountain of God in Egypt

Home News Scaling the Mountain of God in Egypt

Scaling the Mountain of God in Egypt

Egypt, an immensely popular tourist destination before some time, has been recently facing a fall in the number of foreign visitors, owing to the current political upheavals in the country that led to the dissolution of the ruling power of the Mubarek family. Travellers are thereby apprehensive to visit Egypt, being fearful of getting trapped in the threats of terrorism grappling the country nowadays.

As an answer to these problems, Hisham Nessim, an Egyptian businessman, who is also a professional mountaineer with two Guinness World Records to his credit, is encouraging enthusiastic eco-travellers by making an effort to climb up the “Mountain of God” located in the picturesque Sinai mountain ranges. It is believed that the mountain that Moses (Prophet Musa) climbed to receive the ten commandments of Allah SWT is situated somewhere in this particular mountain range, though nobody actually knows the exact location.

[pullquote_left]Mounir Fakhri Abdel Nour, the country’s Tourism Minister, has revealed the fact that after the nationwide revolution on the 25th of January, there has been a loss of about $1.5 billion in the revenue coming from the tourism industry[/pullquote_left]

As tourists turn their backs to Egypt, this mountain climbing feat seems to bring in new hope to the Egyptian tourism industry. Mounir Fakhri Abdel Nour, the country’s Tourism Minister, has revealed the fact that after the nationwide revolution on the 25th of January, there has been a loss of about $1.5 billion in the revenue coming from the tourism industry and that it has now become essential to ensure tourists’ safety in the country, so as to increase the number of travellers to Egypt.

As a promotional strategy, Hisham Nessim is looking forward to single-handedly scale Mt. Al-Ajmah, the highest peak in the Sinai region with an altitude of 1,800 metres, as announced on the arhamonline news website. In addition, there is also a prospect of planting 2,500 trees of olive in the area. This event is expected to substantially increase the number of Arab tourists to the country, especially at the time of the oncoming Ramadan holidays.

Nessim shares on the website his personal experience of climbing Mt. Sinai some years back. He started his trek at around 2 a.m. and took 3 hours to reach the top to have a miraculously beautiful view of the splendid sunrise. After the hiking adventure, his trip proceeded towards the Greek monastery of Santa Katarina, where the orthodox monks of Greece reside from nearly 1,400 years ago. The tour also managed a visit to the “Skull House” inside the monastery. It is the burial place of the Greek monks, with one room having the skulls of deceased monks arranged together in a pile.

The Egypt Tourism Association’s Chairman, Mr. Sami Suleiman, has organised Nessim’s hiking expedition to Mt. Al-Ajmah and hopes that it would help gain back popularity to tourism in the country, more so to the Sinai region that has primarily been attracting tourists in the past with alluring, pristine white-sand beaches along the coastline of the Red Sea.

After sport-fishing has been banned recently in the sea lining South Sinai, both Suleiman & Nessim are making earnest effort and are looking forward to throwing light on other laudable tourist attractions like hiking, trekking and many more adventurous activities in Egypt, particularly in Sinai, where tourists can grab an opportunity to climb the historical “Jebel Musa” or the “Mountain of God”.

Under Allah’s Skies: A Survival Guide

A question during a talk about globalisation and its impact[...] 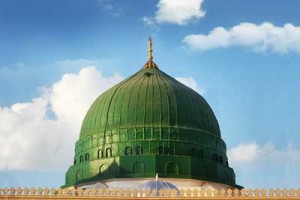