“To promote peace, love and harmony,” was the main objective of some 200 youths who came together on 10th November 2012, distributing 3000 roses nationwide. Inspired by those in the UK, Australia, Norway and other parts of the world, a group of young Muslims came together inspired by this initiative.

The night before 10th November was spent preparing the roses for distribution the next day. Greeting cards with empowering words from the beloved Prophet Muhammad (pbuh), also Buddha, Confucius, Jesus Christ and Gandhi accompanied the blooming roses.

Equipped with a basket of roses and smiles, we gave a rose to just about anyone willing to receive one. Surely a group of young men and women clad in white and blue with a bunch of roses isn’t a common sight – causing most members of the public to be intrigued. The questions received gave an opportunity for us to let them realize the reality of our religion – peace.

The recent portrayals and speculations in mass media has escalated the attention on Islam, for various reasons. While similar initiatives which took place in other parts of the world by youth groups may be a form of response to such recent happenings, this one was to simply better promote social cohesion within a multi-religious society upon the emphasis of Islamic values – which are also universal.
The initiative was felt, albeit carried out in smaller scale for the other countries. However in Singapore, it was a rather revolutionized movement – where the manpower and resources involved were up-scaled to ensure more than just a “presence” was felt.

That day – people didn’t just recognize Muslims who are young and involved. They also recognized empowered, proactive and peace-lovers in them.
After the distribution process, volunteers attended an appreciation dinner which was graced by member of parliament – Mr Zainal Saparin. In his speech, he reiterated the spirit of volunteerism which he graciously integrated with young age.

This was a movement that took place – massive enough for the general public to notice. If previously they were living in the ‘lurch’, then this definitely brought ‘us’ to light for them. The speech by Mr Zainal and the organizers reminded me of the various youth empowering sessions which often emphasized the point of activism within a society. Activism requires a point of interaction with members of the society to integrate a common cause. It may require more than just giving roses and putting smiles on the face of others – but if anything, ‘Roses of Peace 2012’ definitely has placed a point across beliefs and races to re-emphasise co-existence.

Perhaps da’wah is too touché a term, considering that there were non-Muslims who came forward to offer their spirit and energy to help in this event – but it certainly is a core aspect of this trend-setting movement, only more universally phrased. We surely saw a lot of smiles from those who received the roses but no one really knows what goes beyond those smiles. No one really knows the impact we have on each other but we certainly know kindness goes a really long way. As Mr Zainal said in his speech, “Never underestimate an act of kindness.” That rose might have saved a life or two, or it may have saved prejudice for a whole lot more love.

For more information on Roses of Peace 2012, you can visit their website at www.rosesofpeace.com. Do also be updated with them on Facebook at www.facebook.com/rosesofpeace.sg.

You can view more pictures from this event on their Facebook Page as well.

Nazeera Mohamed
A flawed servant with a voice to and for trust. Your sister in faith, your friend in deen and your Ummah in congregation. 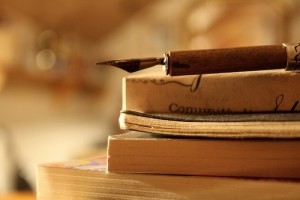 Allah is the most forgiving and His Forgiveness knows no[...]