Reviving a Sunnah: The Miswak

Reviving a Sunnah: The Miswak

Miswak (or siwak), the commonly used name for Salvadora persica twig, has prime importance in maintaining oral hygiene within the Islamic jurisprudence. More than fourteen hundred years ago, our Prophet (S) introduced the world to the benevolence bestowed upon the otherwise humble tree of miswak.

He used the twigs from the miswak tree to cleanse his mouth throughout the day, particularly during wudu and also encouraged his followers to do the same.
Whatever practice Prophet (S) was ordained by Allah SWT to preach his ummah always carried inherent benefits and divine blessings for the believers. The use of miswak also has immense benefits, both physical & spiritual, for its users. Let’s have a glance through the physical benefits of using miswak that help you attain a better dunya.

Using miswak is not only beneficial for attaining a healthier body & a better dunya, but also for obtaining a peaceful akhirah. There are seventy benefits bestowed upon a regular miswak user and some of those spiritual benefits are listed below:

Make sure you use the miswak prior to doing things like:

Little was known to the common man about the advantages of using miswak in those days of ignorance, except for Allah SWT’s dignified Rasul SAW. It has been cited numerous times in several hadiths relating to Prophet SAW’s affinity to miswak. As related in Sahih al-Bukhari, Abu Hurairah RA has narrated a hadith of Prophet SAW saying that, “But for my fear that it would be hard for my followers, I would have ordered them to clean their teeth with Siwak (miswak) on every performance of ablution.” Similar references are also seen in hadiths in Sahih Muslim as well. Adab of Visiting & Having Guests

Visiting elders, teachers, relatives and friends are deeply encouraged to[...] 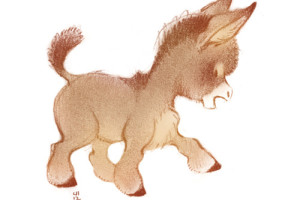 A Parable on Beauty

“It is said that Moses—peace be upon him—was walking[...]