All-American Muslim is a new reality tv show that follows 5 Muslim families in Dearborn, Michigan. Below is a review of the show written by Su’ad Abdul Khabeer as seen on ReligionDispatches.org.

No One Can Tell I’m a Muslim: All-American Muslim Debuts
A couple tropes, a few surprises, and a missed opportunity

As I watch way more reality TV than I probably should admit to, my expectation was that All-American Muslim, which premiered this past Sunday on TLC, would be “All-American Orientalist,” replete with images of women in hijab trying to break free, patriarchal fathers, and exotic immigrant traditions. And it was. But it also wasn’t. Set in Dearborn, Michigan, the show follows five Muslim-American families as they, “struggle to balance faith and nationality in a post-9/11 world.”

All-American Muslim certainly does traffic in the “women in Islam” and “tradition” tropes, among others, but it also offers some surprises. The Shi’a tradition is presented as exemplar of Islam, for example, and the Muslims featured are far from monolithic in their beliefs and practice. Yet even while these five families are diverse in some important ways, All-American features Arab-American Muslims exclusively, missing an opportunity to truly depict the diversity of American Islam.

Generally speaking, when the US discourse on Islam and Muslims is not focused on terrorism, it’s usually preoccupied with Muslim women—their rights or lack thereof, depending on your vantage point. The obsession with Muslim women, and fetishization of what is commonly referred to as the “hijab,” has a long history. In this history the Muslim woman vacillates, as Mohja Kahf writes, between oppression and hypersexuality. And she can also be the subject of pity for white feminists: The Muslim woman-as-“plucky individualist,” to use the words of Dohra Ahmad, only hampered by the inconveniences of a flowing black veil.

In the very first episode of All-American, the hijab becomes a centerpiece, invoked by two female cast members who opine that they don’t “look” Muslim. And it makes an appearance in another cast member’s struggle with infertility. It’s highly likely that her attempt to gain God’s favor includes more than wearing a headscarf, yet the show focuses solely on what she wears on her head. And it’s important to note that all this “women in Islam” talk occurs alongside the conspicuous absence of any discussion of masculinity, even though the show includes both a football coach and a sheriff!

The tradition trope comes up immediately in the marriage of Shadia Amen, a Lebanese Muslim, and Jeff McDermott, who is Irish Catholic. In order for their union to have the blessing of Shadia’s family, Jeff must convert to Islam; traditionally, Muslim women are prohibited from marrying non-Muslim men.

Yet we find that our All-American Muslims are not the only ones concerned with tradition. As is typical in depictions of Irish-Americans in TV-land, tradition plays a central role in Jeff’s family. In one emotional scene, Jeff’s mother describes being overwhelmed by his conversion as it represents a significant break in their family tradition. Conceding that times “evolve,” however, she accepts his decision. She just wants her son to be happy. The stark contrast between Jeff’s mother and Shadia’s father leaves the audience with the worn image of a patriarchal Arab father stuck in tradition, unwilling to “evolve.”

One of the most interesting things about the show is found on the TLC website where cast members, who refer to themselves as “traditional,” speak of their struggle to balance “Muslim tradition with American values,” exemplifying the kinds of fictions Muslims believe and reproduce themselves—fictions that match any held by non-Muslims. When Nina says, for example, “no one can tell I am a Muslim,” it reinforces the fiction that Muslims donecessarily look a certain way, once again emphasizing outward appearance rather than, say, the Muslim character.

On the other hand, where the show invigorates certain tropes that tend to obscure the humanity of American Muslims, it also manages to challenge certain assumptions. For example, what the average non-Muslim may not get is that most if not all cast members are Shi’a. To the average Muslim, however, the arm positions of individuals and groups in prayer and the use of the turbah will be a dead giveaway. Yet, except for the clearly labeled “Shiite Imam” who marries Shadia and Jeff, the cast’s Shi’a identity is not openly addressed. Clearly, the American Muslims behind the show are seeking to legitimate Shi’a practice as Islam and as American Islam, an interesting move likely to have greater ramifications for the show’s Muslim viewers.

[pullquote_left]All have strong Muslim identities, but they’re full of contradictions and compromises—as, incidentally, are most Muslims.[/pullquote_left]

Indeed, some Muslim viewers may complain about the imbalance, but I’m pleasantly surprised by the challenge it poses to the presumption of Sunni hegemony. And then there’s the fact that the cast isn’t stocked with flawless Muslims, which poses a further challenge. All have strong Muslim identities, but they’re full of contradictions and compromises—as, incidentally, are most Muslims. To my thinking the depiction of diversity in the practice of Islam is useful for non-Muslim audiences who may come to the show believing that all Muslims are religious in the same way, adhere to tradition in the same way, and are therefore quite unlike the rest of “us”; Americans, that is.

Depite these strengths, the show really missed an opportunity by not showcasing a fuller range of the ethnic (and class) diversity of the American Muslim community. Why does this matter? Because one of the clear aims of this reality TV show is to challenge anti-Muslim bigotry, which frames Muslims as foreign and deeply un-American in their values, beliefs, and practices. All-American Muslim aims to prove we (Muslims) are just like you (Americans). A more diverse representation would have challenged anti-Muslim bigotry in a more dynamic way than a sort of “we eat apple pie, too” claim to American kinship.

Profiling an African-American Muslim family would have opened up the possibility of educating viewers about enslaved African Muslims to really give serious context about how American Islam is. Likewise, the possibility of learning about more recent movements like the Nation of Islam whose origins go back to the 1930s or the Dar ul-Islam movement in the 1960s, would further remind people that that American Islam is not just a post-1965 or post-9/11 phenomenon. This is of course still one step removed from an even higher order challenge to anti-Muslim bigotry, not simply by showing lifestyle similarities or historical contributions, but by challenging the very notion there is only one way to be an American, the idea that undergirds anti-Muslim bias.

[pullquote_right]Profiling an African-American Muslim family would have opened up the possibility of educating viewers about enslaved African Muslims to really give serious context about how American Islam is.[/pullquote_right]

This may be beyond the capacity of the genre, though a more diverse cast would be a good start. I’ve heard the argument that All-American shouldn’t be criticized for a lack of ethnic diversity because it wasn’t intended to be fully representative. I‘m not terribly moved by this defense. Dearborn was a particular selection with a certain set of consequences. In fact, if the idea is to challenge anti-Muslim bigotry, choosing a cast of immigrants and first-generation Americans, all Arab American save the newbie white convert, may just propel the show into another set of tropes: all Muslims are Arabs, all Arabs are Muslim, and all Muslims are immigrants. Indeed some Muslims are Arab, some Arabs are Muslim, and some Muslims are immigrants. But many are not.

Many will celebrate the show, and those who do may read this review (if they get this far) as a killjoy—after all there is only so much a TV show can do. After all, even with all its imperfections All-American Muslim will open a conversation. My question and concern iswhat kind of conversation and where will it take us, if anywhere. Guess I’ll have to tune in to watch, wait and see. 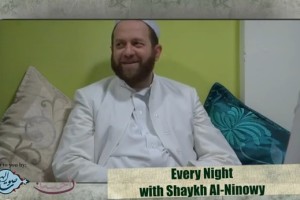 MashaAllah, it is not often that we get to see[...] 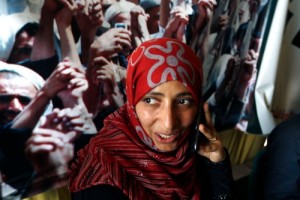 I hate to give people such high expectations of something[...]