What a year was 570 AD
A person was born, a prophet to be
Muhammed (saws) that was his name
People were misguided and thats when he came
He would go on to leave all the idols behind
He is an example to all of mankind

Rabbi al Awwal the 12th, that was the day
He came to this world to show us the way
He was born in Mecca, the holiest place
A life full of challenges he was to face
Abdullah (ra) his father, had by then passed away
Leaving Amina (ra) his mother, in her arms he lay

Haalima Sadia, took over his care
Until he was six, our prophet was there
His mother then died, he was left all alone
Abdul Muttalib (ra) his grand-dad then made him his own
When our prophet was nine, his grandfather died
Abu Talib, his uncle, became his new guide

In his 20’s, a merchant Muhammed (saws) became by trade
Al-Amin, (the trustworthy) became his grade
Hazrat Khadija (ra) aged 40, became his bride
He was 25, with her by his side
To the poor,she gave away all her wealth
A dedicated wife in sickness and health

360 idols in the Kaaba, they were at that time
Our prophet realised that this was a crime
He would go to mount Hira,leaving behind his wife
Reflecting and wondering about the meaning of life

While thinking there in the midst of the night
He heard a loud voice which filled him with fright
It was the angel Gibrail(as) who asked him to read
Our prophet couldn’t and didnt take heed
The angel embraced him and then asked him later
Read, Read in the name of the Creator
Who created man from a drop of blood

And over the next 23 years came the revelation, the Quran
He preached to all people, every creed every race
Yet so many hardships he had to face
There were fears for his life, then the Hijrat took place
He then entered Medina, all by Allah’s grace
He was greeted by the Ansaris who gave their salaam
To him and his companians,the Sahaba ikram

Then came the battles, which were fought face to face
Then the conquest of Mecca, Muhammed (saws)’s birthplace
An Nasr was revealed, it’s message was clear
Muhammed (saws) knew that his time was near
Everyone gathered to hear his last speech
little did they know how far Allah’s message would reach

Muhammed (saws) gave us the miracle the Quran
And now a 1/4 of the world follow Islam
He is our role-model, the best of mankind
And has left the Quran and his Sunnah behind

Read the Quran as much as you can
The words of Allah (swt) for the guidance of man
And follow our prophet’s sunnah, when eating and dressing
And send him salutations and many a blessing
He came to mankind to show us the way
And Insha-Allah, we’ll meet him, we’ll meet him one day 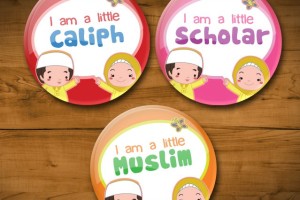