Home News Mayhem in May – A Muslim Responds

In the name of Allah, the most gracious and the most merciful.

I started this article in the name of Almighty as He is our sole Creator, He has chosen for us to live in this world, He has provided us with all the facilities to help us lead our lives, He is going to call us back to ask of our deeds and He and only He knows when to do it.

The one thing that you would notice significantly in Quran is a continuous reminding of the Day of Judgment or Yaum al Qiyamah. Every Muslim believes in it, it’s like a pre-requisite to becoming a Muslim.

As quicker means of communication are being developed, messages get transferred in a jiffy. Information is now seconds away from being known. We come to know about people’s views and opinions on TV or the internet about a specific concern which then spreads widely as if it’s the only issue being discussed.

A very common issue that is concerning many people out there is a notion of some Rapture day by somebody called Harold Camping. According to him Judgment Day is bound to happen on a specific date that he has figured out to be May 21st 2011.

Quite intimidatingly shocking isn’t it….considering it is now May 23rd.

We can agree to the idea of the world coming to an end as this is what our religion teaches us and also it has been around for many years. The Holy books talk about it, past civilizations talked about it and even the Hollywood directors make a movie out of  it. Everybody has an opinion of how the world is going to end.

There have been a total of around 8 predictions that I came across about the Day of Judgment on a particular day.

–          Some date around 1843 when a Christian preacher called William Miller made some calculation that the world is going to end in some time during this year.

–          10th March 1982 when the planets aligned on the same side of the sun presumed to wreak havoc with massive tidal forces and earthquakes.

–          6th June 2006 when the Antichrist (or Dajjal for Muslims) was supposed to come and the devil will take over earth (and probably got lost in traffic).

–          21st May 2011 when a powerful earthquake will destroy everything there is and take all the believers to heaven (according to Harold Camping).

–          And I’m sure I heard something about a planet Neboru getting close to Sun and creating earthquakes and tsunamis on earth to shatter it into pieces.

As creepy as these predications might seem to someone who is a very strong follower of religion, these are just merely predictions. Predictions are bound to go wrong most of the times. In this era of advanced knowledge and technology when scientists do predict the movement of planets and what effects it will have on earth, they fail to realize that everything in the universe is controlled by the Supreme Power of God. If He desires, the planets can move, tsunamis can occur, volcanoes can erupt and earthquakes may shatter.

In a hadith Umar bin Khattab RA narrated that once a man appeared in front of the Prophet SAW and his Sahabis whose clothes were very white and his hair was very black. Nobody recognized him. He sat by the Messenger of Allah SAW after asking some questions regarding Islam he said, ‘Give me some news of the Last Day.’ The Prophet SAW said, ‘He whom you are asking, knows no more than what the questioner is asking.’ (Sahih Bukhari, Sahih Muslim)

[pullquote_right]’Give me some news of the Last Day.’ The Prophet SAW said, ‘He whom you are asking, knows no more than what the questioner is asking.'[/pullquote_right]

There is no Holy Book whether followed by Muslims, Jews or Christians that mentions a particular date for the Judgment day to occur. There are signs that are to occur that will show that we are close to it. There is a time for the Day of Judgment as well.

“Do they then only wait for the Hour,- that it should come on them of a sudden? But already have come some tokens thereof, and when it (actually) is on them, how can they benefit then by their admonition?” (47:18)

He questions: “When is the Day of Resurrection?” At length, when the sight is dazed and the moon is buried in darkness, and the sun and moon are joined together that Day will Man say; “Where is the refuge?” (75:6-10)

Verily in this is a Message for any that has a heart and understanding, or who gives ear and earnestly witnesses (the Truth). . . And listen for the Day when the Caller will call out from a place quite near. The Day when they will hear a (mighty) Blast in Truth: That will be the Day of Resurrection. (50:37-42)

Now Harold Camping may believe that 21st May might be the Day of Judgment when a massive earthquake will quake the earth to shatters but how many of the predictions made have been true to any extent?

Well at least he believes that there is a Judgment Day that will happen. Predicting a date is not in our bounds, only our Creator knows about it and we are not to question it. He knows when it will be time to call upon us.

“Move not thy tongue concerning the (Resurrection), to make haste therewith” since “it is for Us to collect it and to promulgate it.” (75:16-17)

What we should do is just prepare ourselves for that day by asking for forgiveness for our sins and start doing the good deeds that we have been avoiding regardless of thinking that it may be occurring on a particular date. Judgment day cannot occur on some human’s predictions. While fear may be a good way to motivate some to finally make that step to change their ways and get closer to God, this just wasn’t the way to go to get people to prepare for the day of the meeting with their Lord. 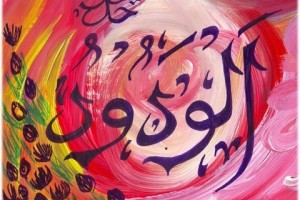 In an earlier article, we got ourselves acquainted with a[...] 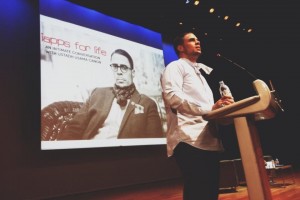