Our first clue that something was different was when my wife, usually a night owl for whom turning in at midnight was an early night, started falling asleep at 9pm. She also started experiencing body aches, and her period had been late for awhile. As her cycle was usually irregular we didn’t suspect anything was amiss at the time, and attributed the changes to illness or premenstrual cramps. It went on for a while, until my wife decided to just purchase an off the shelf pregnancy test and confirm her suspicions. We were expecting a child.

I’ve only been a father for ten months, so I don’t mean to sound like a guru sharing his wisdom when in reality I have none. I am only sharing my own experiences as a father so that I can reflect on them myself, and insha Allah my reflections will be of benefit to others.

Fatherhood begins before the baby is born. As a husband and soon-to-be father, you will have to take care of the needs of your pregnant wife as her body changes. It means accompanying your wife for her doctor’s appointments, making freshly squeezed orange juice at odd hours, rubbing her back and feet, and basically tending to her needs as much as possible. All of this is just training for the sleepless nights and constant care your child will need.

When my wife was pregnant, I picked up the daily habit of reciting the Qur’an and sending blessings upon our Prophet (peace be upon him), which I still try to practice. There are also certain specific verses of the Qur’an and adhkar that are recommended during pregnancy, which you can find here. Of course, one should pray all their fardh prayers on time. Personally, I ran off, with my wife’s approval of course, to the mosque for Friday prayers while she was right in the middle of labour (it helped that the mosque was only a short distance away from the hospital).

My wife and I both had a lot of ideas about how we wanted the pregnancy, delivery and raising of our child to go. And honestly, almost nothing went according to plan.

We were really not planning to have a baby when she got pregnant, hoping to hold off having a child until we’d gotten our flat from the Housing and Development Board (HDB) and when our financial situation was a little better. And when we found out the news we were both freaked out because we didn’t know whether we’d be able to handle it. But looking back it was the ideal time for us because my wife had just completed her master’s programme, and I’d recently gotten a better paying job.

We had wanted a natural birth, preferably without having to resort to an epidural. Due to my wife’s health condition, the doctor recommended inducing labour and after almost 20 hours of labour, not only was my wife in immense pain (she described it as being so painful that all the breathing techniques and dhikrs she had tried to memorise went out the window), but our son was unable to be delivered as my wife was not sufficiently dilated. Furthermore, his heartbeat was fluctuating dangerously. So my wife took the epidural, and in order to ensure he was delivered safely we had to go through a caesarean section. And alhamdulillah he was born healthy and beautiful, with a full head of hair that everybody commented on.

We want to breastfeed for as long as possible, but our son had problems latching and my wife wasn’t producing enough breastmilk so we had to feed him formula. And though he’s still a little small, he’s healthy and just keeps growing and growing.

All of this serves to illustrate that we can plan, but Allah is the best of planners and we need to have faith in Allah that whatever happens is for the best, even if outwardly it doesn’t seem like it.

Having and raising a child, especially in Singapore, is neither cheap nor easy, but you need to have tawakkal in Allah that He will provide and insha Allah the rizq will come. As a piece of advice it will be beneficial to look into the various schemes and incentives available to new parents that alhamdulillah help lift some of the financial burdens, without ever forgetting that it is not the government or our employers that truly provides, but Allah Azza wa Jal.

Most of all, what I learned from fatherhood was the meaning of unconditional love. It means loving your child more each time you get pooped on, each time he wakes up multiple times in the middle of the night, and each time you get worried sick when he falls ill. Not in spite of these experiences but because of them.

As a Muslim parent, loving your child means making constant, sincere du’a for his well-being in this life and the next, as well as constantly seeking to improve yourself so that you can be a role model for him. I’m not saying that I’m succeeding in this aspect, but I hope my intentions are sincere.

Parenthood also taught me to appreciate my parents much more, because I can finally truly empathise with them and all the stress that they went through raising two sons. And the journey has only just begun for my wife and I. May Allah may make it easy for us, and for all parents, to raise their children to be exemplary members of the Ummah, to live the sunnah of Sayyidina Muhammad (peace be upon him), and to be counted amongst the righteous in the Hereafter. 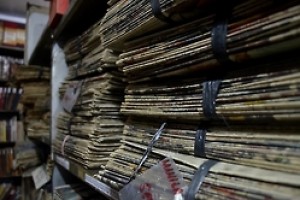 SINGAPORE -  A gay couple in Singapore seeking to abolish[...]

The Role of Mosques

Horace Walpole once wrote, "The world is a comedy to[...]