Home Features Learning Arabic: How Important is it to our Faith?

There are about 1.57 billion Muslims in the world. Less than 15% of them live in the Arab world. Yet, the Arabic language rolls off the tongues of every Muslim during solah, Qur’anic reading and recitation and even simple conversations! Although it may be broken or accented, most Muslims are able to read, recite, and understand at least some Arabic.

Why is Arabic so important to understanding the faith of Islam?

Islam is founded on the belief in the Almighty Creator, Allah SWT who has sent down onto us the Qur’an – His Word. The Qur’an is a direct communication between Allah and His creation. The Qur’an emphasises the necessity of learning Arabic in order to fully comprehend Allah’s word:

Part of the miraculous nature of the Qur’an lies in its “literary and linguistic nature… [which] transcends the productive capacity of the Arabic language” (Hamza & Adam. Unknown). However, the potency of Allah’s message and the poetic beauty of the Qur’an, which moved the heart of Sayyidina Umar Al-Khattab RA to Islam, cannot be encapsulated in translations and will be lost on non-Arab speakers.

Just as with any other language, it is impossible to directly translate Arabic into another language without losing its meaning. Highlighting this fact, translators have always called the translations as “The translation of the meaning of the Qur’an” because literary and linguistic terms are embedded in the language itself.

In addition, translations cannot replace the original language as a language of worship.

[box_dark]“It is implicit that anyone professing Islam cannot ignore the role Arabic plays in his faith. Embracing Islam, therefore, entails exposure to, and familiarity with, the Arabic language.”[/box_dark]

Recently, the Arabic language landed on the list of top ten most difficult languages in the world. Still, those that I spoke to expressed their intent to study the language, but with slightly differing motives.

The older generation (i.e. my parents’ generation) are especially concerned about the ukhrawi aspect of learning Arabic. One experienced adult pointed out that, aside from learning how to read the Qur’an, one must be able to recite the Qur’an accurately. He brought up the example of kalb as oppose to qalb. Both words, while sounding similar, have vastly different meanings – the former means ‘dog’ and the latter, ‘heart’. Imagine reading the verses of the Qur’an without care. The meanings can be completely altered and possibly conflicting to the original message. Thus, we see more of the older generation voluntarily seeking out Qur’anic studies such as tajwid classes.

On the other hand, the younger generation are more focused on the learning the language for communication. As Middle East-Singapore relations continue to improve, it seems prudent to learn the Arabic language in order to take advantage of the flourishing business and job opportunities available.

Therefore, given time in the future insya Allah, they hope to study the language in depth.

It will be a misjudgement to assume that the young are not interested in gaining knowledge for the sake of improving their understanding of the Islamic faith. Rather, every one of those surveyed mentioned the “inherent” link the Arabic language has to Islam. Even when expressing the communicative aspect of the Arabic language, one young individual mentioned the usefulness of knowing Arabic while doing hajj or umrah on Arab land.

However, conversational Arabic language such as Modern Standard Arabic (MSA) and the different Arabic dialects may not allow an understanding of the faith of Islam but not enough to fully appreciate the Qur’an. Just as knowing how to speak, read, and write English does not immediately allow you to appreciate Shakespeare, knowing how to speak, read, and write Arabic does not translate into immediate enlightenment on the glory of the Qur’an.

Consequently, we must not stop at just learning the Arabic language but also, further knowledge about our Islamic faith. Islamic studies should be a life-long learning process. Prophet Muhammad SAW has even ordered his followers to actively search for Islamic knowledge (“The seeking of knowledge is obligatory for every Muslim.” – Al-Tirmidhi, Hadith 74). A Muslim must know the obligatory basics of Islam in order to function as a Muslim as part of society.

According to those furthering their Islamic education, full-time madrasahs can only offer them the fundamentals. Therefore, it is necessary to go abroad to pursue further Islamic studies. Those sending their young children off largely cite the Islamic learning environment abroad which allows the children to study both duniawi and ukhrawi subjects while maintaining their obligations as Muslims.

Learning more about Islam can still be done without going pass the immigration point. In recent years, there are more Islamic and Arabic programs catering to the young, old, and the busy. A quick search over the Internet will not only yield the available programs and activities being held locally, but also online lectures by the experts which can be watched or listened to at any time. If there is a will, there is a way.

Nur Aishah
Aishah is a fourth year Sociology undergraduate at Nanyang Technological University who enjoys reading, and letting her mind wander. She talks to herself a lot… allegedly. 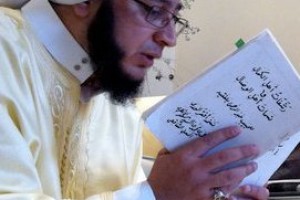 Who is Shaykh Ahmad Saad?

Shaykh Ahmad Saad will be in Singapore shortly inshaAllah and[...] 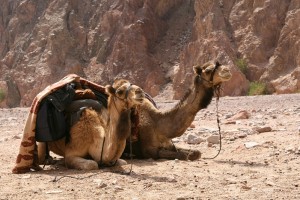 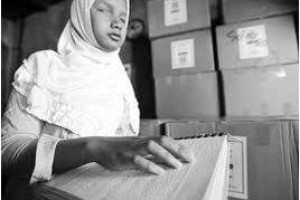