The khutbah on 22nd March reminded us to be gracious to everyone regardless of whether they’re Muslims or not. We’re all creations of Allah; descendants of Prophet Adam (AS) and we should afford each other with the same respect. Even when we are mistreated, it is imperative that we do not reply in kind. No good can come from being spiteful. It’s like trying to put out a fire with another fire. Instead, let us learn from the example of Rasulullah (S) by responding to bad deeds with good ones.

I recall the story of the old lady who used to spit at Rasulullah(S) whenever he passed by her. Rasulullah (S) didn’t retaliate by spitting back or doing something worse to her. He didn’t get angry about it. Instead, he accepted it as a regular occurrence. One day when he didn’t get spat on, he found it to be strange and went to find out what had happened to her. When he found out that she was sick, he didn’t rejoice. He didn’t say: “serves you right for what you’ve done”. He became genuinely concerned about the old lady and went to visit her. The old lady was so moved by that act that she became a Muslim.

Yes, there are times when people offend us even when we try to be nice to them but take it as a trial from Allah through which they are just a medium. Have patience and show them the akhlak of a Muslim as exemplified by Rasulullah(S) himself. A Muslim is not merely one who immerses the self in ibadah and zikr but also one who is of good character and an asset to those around him or her.

Some of us might have this misconstrued notion that being pleasant and doing good deeds is only limited to fellow Muslims. To that I ask: “Why handicap ourselves?” Islam isn’t exclusive; it’s inclusive. There’s so much more that we can achieve if we do not limit ourselves to our own community.  We live in a multi-racial and multi religious society. Our neighbours, friends and colleagues might not be Muslims but that doesn’t make them any less human. We should treat everyone else the same way we would want to be treated.  Reaching out to people can be a means of reaching Allah.

May Allah help us to cleanse our hearts of animosity, grant us patience in our affairs and love one another. The Miraculous Night Journey and Heavenly Ascent: The Prophetic Mission for Humanity

In this invigorating talk, Shaykh Ahmad Saad links the events[...]

From Tahrir to Wall Street: The Role of Religion in Protest Movements

I had been marching through the streets of downtown Boston[...] 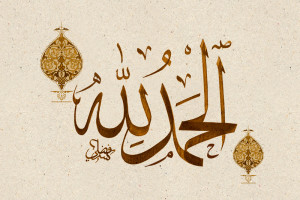 Gratitude is Not for Wimps

UC DAVIS (US) — A research team studying the positive[...]