Home Spirituality Khutbah Reflections Khubah Reflections: Harnessing the Legacy of Rasulullah – Lessons from the Lives of the Companions r.a

While the khutbah on 25th January 2013 spoke about the leadership of Rasulullah(S), this time on 1st February, it touched on the legacy he left behind in the form of the Companions who learned directly from him. They were promised Paradise by Allah and were regarded by Rasulullah(S) himself as the best of people followed by those who followed them; the tabi’in and then the people who followed the tabi’in; the tabi’ut tabi’in.

As they were able to learn directly from Rasulullah(S), the Companions were able to have an intimate understanding of taqwa as they experienced firsthand the practises of Rasulullah(S) and were told directly by him what was forbidden. Can you imagine Rasulullah(S) being right in front of us, showing and telling us himself how to seek Paradise and avoid the Hellfire?  We’d be doing our best to please Allah just as Rasulullah(S) had taught us.

All of them were people of such high character after being inculcated with modesty, wisdom and piety from Rasulullah(S). These were the qualities that helped them to spread Islam and preserve it after the passing of Rasulullah(S). With the knowledge they gained from the Al-Quran and Rasulullah(S), they were able to find solutions to problems that arose in changing times. When the khatib shared the example of Sayyidina Umar whom during his caliphate had temporarily lifted the hudud punishment during the famine, I was amazed by his brilliance as a leader.

Food was scarce during that period and people were desperate. Executing hudud punishment wouldn’t have deterred people from stealing because they were just trying to survive.

Not only did the Companions spread and preserved Islam, they also carried on the akhlak of Rasulullah(S) through the way they carried themselves. They were mindful of their surroundings and showed compassion to everyone regardless of who they were.

Though we may not have had the chance to learn directly from Rasulullah (S), we can still learn of him and his teachings because of the Companions who in turn taught it to other people. The inspirational thing about the Companions is that they were so called “regular” people.  I’m not saying that they were mediocre. They had exemplary character and leadership but they were also people like you and I. They weren’t Prophets and some of them even had terrible pasts but Islam brought out the best in them and this motivates me to keep trying to be better because I know it’s possible.

Event Review: A Series of Talks by Brother Idris Tawfiq

On his third visit to Singapore, Brother Idris Tawfiq introduced[...] 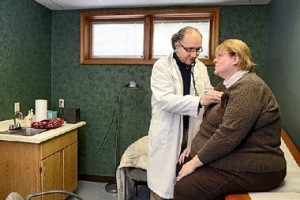