We charge our phones, laptops and other devices when they tell us that they’re running low on power but what about our iman? Unlike our electronic devices, there is no notification that pops up or a visible indicator to tell us when to recharge our iman. How do we tell then when our iman is low and how do go about recharging it?

According to Imam Al-Ghazali in his book “Ayyuhal Walad” (My Dear Beloved Son/Daughter),

[box_light]“Iman (faith) is to testify with tongue, and to certify with one’s heart, and to act on the teachings (of Islam)”[/box_light]

This is to say that our iman exists on 3 levels:

The tongue
When we say the shahadah, it is a declaration. We’re telling ourselves (in our salah) and others of the oneness of Allah and that the Prophet Muhammad(S) is His messenger. We’re saying that we’re not ascribing partners to Him and that He is the only one we worship. To have iman here is to take it a step further. When we speak of Allah, the Prophet Muhammad(S) and of Islam, we do it with faith that it is the Truth.

The heart
Words ring hollow if the heart does not believe in what is uttered which is why iman needs to exist here as well. This isn’t something that can be forced; it comes naturally when doubt is removed from the rational mind thus allowing it to reconcile with the inexplicable aspects of His greatness.

The limbs
To have iman here is do or avoid something simply because it is a commandment of Allah even when we do not fully understand or see the tangible benefits.

The state of iman

Our iman isn’t static. It fluctuates. There are times when we feel it rise and other times we feel like it has lessened. Think of it as having a 3G/4G connection with Allah and our iman is the battery that allows us to have that connection. If nothing is done to replenish or “recharge” it, it would gradually wane until we find our hearts to have become hard; to feel nothing in the relationship with Allah and the manifestations of His love and mercy. It could also cause us to fall into utter despair and lose hope when we are afflicted with trials.

While there isn’t a popup notification to tell us when our iman is low, there are several tell-tale signs that we can look out for. They are:
• Lack of guilt for misdeeds

When knowingly doing something against the teachings of Islam, the heart feels no remorse. Delaying taubah, thinking that there is still plenty of time and continues to indulge in unlawful acts.

• Deferment or not doing good deeds

It starts with delaying salah just a little bit even though it could have been done right away then the delay gradually increases to the point nearing the end of the time period of a particular salah or skipping it altogether. The same pattern applies to the reading of the Quran (delay turns into abstention) as well helping the needy.

• Belittling the good deeds of others

Seeing the good that other people do as small and insignificant be it on its own or when comparing to what the self has accomplished.

• Pleasure in the misfortune of others and resentful of their successes

The “It’s not enough for me to succeed, everyone else must fail” mindset. Being openly or secretly gleeful of the failures or trials that has befallen a particular person or people in general regardless of what they may have said or done.

Jealousy that does not drive self-improvement but instead makes one distrustful and breeds rancour in one’s heart.

• Seeing the dunya as an end to a means instead of a means to an end.

Loving wealth and status to the point where everything else is secondary and losing them would be like losing the purpose of living. Unconcerned with the repercussions of the Hereafter.

Thinking highly of one’s self, seeking only to please the self’s desires with little or no regard for others. When doing something good, it is to seek praise from others and not for the sake of doing good in itself and Allah.

There are several reasons as to why our iman decreases. They are separated into two categories. Namely, internal and external.

This is one of the most significant causes of the decrease of our iman. Without knowledge and the application of it, we would not be able to relate ourselves to our Creator. We would not be able to look beyond the physical aspects of our practices. Our pursuit of success would also only be defined by monetary or material gains without thinking about how or where it came from as well as success in the Hereafter.

Allah’s prohibition of us doing certain things is ultimately for our own safety and protection but his commandments are for our own benefit. To do or not do something opposite of what He has told us is self-destructive.

We may be practising Muslims but how careful are we in affairs? How sure are we that the food we consume and the wealth that we obtain is halal? When taking our wudhu’, did we wash all the obligatory parts of our body properly? When we’re at work or at school, are we too busy to the point where we miss our salah? Even during our salah, are we rushing through it so that we get back to our affairs? These lapses are like holes which leaves us vulnerable to other things that may weaken our iman.

The nafs in its very basic nature incites us to commit to unsavoury deeds. If left unchecked, it abases us into becoming impulsive, self-gratifying creatures; a far cry from the potential that Allah has given us.

[Shaytan] said: “Because You have put me in error, I will surely sit in wait for them on Your straight path

Then I will come to them from before them and from behind them and on their right and on their left, and You will not find most of them grateful [to You].”

This tells us that Shaytan has made it his duty to lead us astray and he would use many means to do so. It is in part by his constant efforts which whittles away at iman.

• The Distractions of Dunya

It’s so easy to get distracted with everything around us but that’s what Dunya is; a trial. We can get attached to our wealth, possessions and even people. They can bring us away from our obligations and responsibilities as Muslims if we become too engrossed with them.

• The Company We Choose to keep

The people we are with will influence us in the way we think and behave, be it on a conscious or sub-conscious level. If the people we choose to be close to do not remind us of Allah, of Islam then naturally as human beings we would tend to forget. When we forget, in that moment we have lost our iman albeit temporarily.

So how do we recharge it?

Unlike our electronic devices where we can simply plug them into an electrical socket and wait, our iman needs conscientious effort on our part to recharge it. It requires two components. Namely, knowledge and actions.

• Learn about Allah’s Names and Attributes

In doing so, it allows us to understand within our capacity who Allah is and gives us something to relate to.

• Read, Ponder on and understand the Quran

The manifestations of His greatness, the commandments and prohibitions which He has set upon us, the rewards and punishments for our actions which await us in the Hereafter are all there in the Quran which serves as a guide for us in navigating our way through Dunya.

• Study the biography of the Rasulullah(S) and his companions as well as the previous Prophets.

The trials of the Prophets gives us hope in facing adversities as even they who were chosen by Allah were given much greater trials in comparison to ours but Allah guided them through it all.

The life stories of the companions of Rasulullah(S) tells us that even the worst of men can become people of noble character. This serves as a form of encouragement to strive in becoming better Muslims.
Action
We can have all the knowledge in the world but if we don’t apply it then it would have all been for naught. The application of knowledge isn’t limited to physical actions but also the way we think.

In a hadith related by Anas, the Prophet (peace be upon him) said: “None of you truly believes until he loves for his brother what he loves for himself.” [Sahih al-Bukhari and Sahih Muslim]

Strive for success in both Dunya and Akhirah but encourage and want the same for others as well.

To increase our iman through actions, there are a few things we can do:

• Fulfil Our Obligations As Best As We Can

It is imperative that we establish salah on time and every time as it is during our salah we break away from the distractions of Dunya and devote our time solely for Him. It serves as our connection to Allah and we’re renewing it regularly. As for our other obligations such as fasting in the month of Ramadhan, payment of zakat and going on Hajj, striving for excellence in them gives us a better appreciation of Allah.

• Be With People Who Can Remind Us

No matter what we do, we all need to be reminded of Allah. Being with people who can do that would be able to help us in facilitating the next action:

This way if we’re about to do something which Allah has prohibited, we’d stop, think about and be fearful of what we would get in return for it. If we’re doing something which Allah encourages then knowing that He is watching would give us immense pleasure and satisfaction. Recognition from people becomes less important. When we’re sad or worried about our sustenance, we’d find solace in Him and this reduces our attachments to the material and people.

The decrease in iman begins with the limbs through our physical actions that go against what Islam has taught us. Each time that is done, the heart loses a bit of its conviction. When finally the tongue is able to renounce its faith in Allah, the Prophet Muhammad(S) and the Quran, then one would have truly lost his or her iman.

Its increase however, begins with the heart. It is our fitrah to have faith in Allah and when knowledge enters our hearts, it magnifies that faith which is already existent. From there, the tongue can speak honestly and then finally the limbs can act in accordance to what the heart and tongue knows to be true.

In This Week: 2 Great Muslim Women Are Representing Singapore in Their Respective Fields

It's only Tuesday but we've already gotten 2 great news[...] 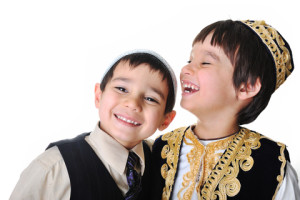 Top Reasons why Islamic Education is Crucial for Our Kids

or Muhammad Seifullah Giri Serfly, age is not a concern when[...]