An article was published on The Huffington Post entitled An Open Letter to Moderate Muslims, written by one Ali A. Rizvi, self-described as a “Pakistani-Canadian writer, physician, and musician”, who is in the midst of writing his first book entitled The Atheist Muslim.

For an article that starts off purporting to understand that, yes, ordinary Muslims have condemned terrorism and distanced themselves from the ideologies and actions of groups like ISIS, it ends off suggesting that Muslims surrender all notions of genuine belief in their religion, for a watered-down ‘Islam’ where nobody really believes in God, or prophets, or the hereafter; and where acts of worship are insignificant and have no spiritual effect on one’s soul.

If you believe that human beings have souls, that is.

Rizvi’s is not the only article of its type to have been written in recent days. To Counter ISIS Propaganda, Let’s Stop Treating the Quran as Infallible by Fathima Imra Nazeer was also published on the Huffington Post similarly suggesting that Muslims stop taking their religion so seriously, and in Patheos an article entitled Reza Aslan is Wrong about Islam and This is Why was posted as a rebuttal to writer Reza Aslan’s defence of Islam against claims of inherent violence and misogyny by comedian and talk show host Bill Maher.

What exactly is an “Atheist Muslim”?

The notion of an ‘atheist Islam’ is contradictory, to say the least, given that the word ‘Islam’ itself means to submit oneself to God, which is impossible if one does not even believe in God. Richard Dawkins may call himself a “secular Christian”, and many Jews may subscribe to the notion of an agnostic or even atheistic cultural Judaism (to the extent of performing all the rituals without believing in the tenets of the religion). However, it does not follow that this is the path that Muslims should take. I cannot imagine that any practicing, believing Muslim would take the following excerpt from the article to heart:

“Well, as much as the Pope opposes birth control, abortion and premarital sex, most Catholics today are openly pro-choice, practice birth control, and fornicate to their hearts’ content. Most Jews are secular, and many even identify as atheists or agnostics while retaining the Jewish label. The dissidents and the heretics in these communities may get some flak here and there, but they aren’t getting killed for dissenting.”

I don’t have any surveys or statistics to support this statement, but I sincerely doubt many Muslims, however liberal, wish for fornication or abortion to be halal, let alone hold the belief that there is no God and still be considered a Muslim.

To his credit, Rizvi is not cut from the same cloth as people like Ayaan Hirsi Ali, in that he does not outright consider Muslims to be an inherent threat to the world or Islam a “destructive, nihilistic cult of death”. However, both have an essentially similar demand: that Muslims abandon Islam for secularism.

What do the scholars say?

One telling point is that at no point in the article is reference made to the opinions or judgements of actual Islamic scholars, whether classical or modern. Had the writer taken the effort to sit with modern day Islamic religious scholars and read from classical works of exegesis of the Qur’an and the books of Hadith, perhaps he would not be so quick to suggest that these books are to blame for the actions of ISIS or other groups like them. He has simply ignored the condemnation of the actions of ISIS on religious grounds by renowned scholars like Shaykh Abdullah bin Bayyah, and the statement signed by numerous scholars worldwide including Shaykh Hamza Yusuf and Shaykh Faraz Rabbani stating that the ISIS’s actions were unIslamic.

Is this an unintended side effect of decades of sloganeering that Muslims follow only the Qur’an and Sunnah, while insisting that centuries of traditional scholarship be disregarded or even discarded altogether?

Growing up in a Muslim family, or in a Muslim community, or in a Muslim majority country for that matter, does not make one an expert in Islamic theology or qualified to comment on how the Qur’an should be interpreted. Nor does having learned to read the Qur’an or having attended religious classes as a child. Religious scholarship takes years and years of rigourous training and study, and does not simply fall into the lap of anyone with internet access.

Rizvi appears to completely dismiss the notion that an understanding of context or linguistic subtleties is needed to grasp the meanings of the Qur’an, or that the text of the Qur’an (or any other text for that matter) can have multiple meanings that are perhaps not apparent on an initial, superficial reading.

He seems to believe that you can simply pick up a copy of the Qur’an, read it and understand all of the meanings contained therein, whether apparent or hidden, literal or metaphorical, without understanding classical Arabic or being knowledgeable of the traditional exegesis of the Qur’an.

I will be frank and say that I realise that whatever I say will most likely carry little weight with those espousing an atheistic, cultural version of Islam. It isn’t really aimed at them. People can choose to subscribe to whatever ideas they like; including cultural or atheistic versions of Islam. However, when they speak in public about such notions, and state in no uncertain terms that Muslims and Islam would be better off if they toned down their beliefs, they are simply parroting the arguments made by Islamophobes and only serve to earn the applause of those already hostile to Islam, as well as shake the faith of Muslims who perhaps do not have a good grasp on the religion.

For those Muslims who are still clinging on to their faith, know that internet pundits are not the be-all, end-all of religious commentary. Islam isn’t an exclusivist, myopic or hate-filled religion, and anyone who has spent any decent amount of time really studying the religion would realise that. That doubt crosses our minds sometimes is to be expected, and it is not unusual that heinous acts like those perpetrated by ISIS would cause anybody to think twice about whether Islam really is a religion of peace.

If you have doubts, misunderstandings or misgivings regarding the religion, approach your elders or the scholars and asatizah. Sit with them, study with them, and God willing the meanings of the religion will come to light. May all of us be guided to the Truth.

“Much of the chagrin of the Maher’s, the Dawkins, the Harris’s, the Rizvi’s, etc., is that Islam is essentially the last man standing, religiously speaking, in a post-modern, post-tradition world. We still believe, with a capital “B”. That upsets many folks, ولو كره الكافرون.”

An Open Letter to Atheist Muslims – or – Is The Quran A Violent Text Or Is Your Reading A Tad Off? by Imam Joe Bradford 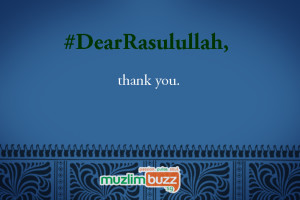 I came across the call to Save Maryam a few[...]