“Historians say their campaign of destruction in the UNESCO-listed city is pulverising part of the history of Islam in Africa, which includes a centuries-old message of tolerance.

“They are striking at the heart of what Timbuktu stands for … Mali and the world are losing a lot,” Souleymane Bachir Diagne, a professor at New York’s Columbia University and an expert on Islamic philosophy in Africa, told Reuters. (Source: Reuters)

This came just after similar attacks in Egypt & Libya last year. The Ansar Dine fighters who adhere to Salafism, which is linked to the Wahhabi puritanical branch of Sunni Islam found in Saudi Arabia, believes that graves are un-Islamic, and that venerating saints are akin to idol-worshipping.

Two days ago, a Sufi shrine was destroyed with bombs and 2 bulldozers. The Sha’ab mosque in Tripoli housed close to 50 Sufi graves inside and, outside, the tombs of Libyan Sufi scholar Abdullah al-Sha’ab and a martyr who fought Spanish colonialists. The armed group also set fire to a mosque library in the city of Zlitan early on Friday, reducing years of academic and religious writing to ash. (Source: AlJazeera)

Commenting on the recent spate of attacks on graves of pious scholars, Shaykh Muhammad Adeyinka Mendes said, “It’s no surprise that people with a materialistic worldview believe that desecrating graves will somehow end a prophetic tradition founded on love, etiquette, and spiritual realities. This is the fruit of seeing with One Eye.”

These attacks have also received condemnation from Muslims all around the world.

[box_light]”The issue isn’t about building over graves which is an issue of difference among the scholars; but rather it is about a form of intellectual terrorism, and the crimes of murder, desecration of the dead, destroying mosques & zawiyas & schools, and burning libraries — none of which are areas of difference among the scholars.” – Al Habib Ali al Jifri[/box_light] [box_dark]

“To the hardline Salafi religious revisionist, these sites and the tombs they house are either loci for or precursors to heresy. Their worry is that ordinary Muslims who visit the sites supplicate to the dead and ask them to intercede on their behalf. It does not matter whether anyone actually goes there with this intention, since the mere presence of these shrines leaves an ongoing risk to the masses.

If these buildings pose such a risk to the masses, why did the previous generations of Muslims allow these shrines to remain in Libya and elsewhere? The grave of the prophet Ismail is located within the Sacred Mosque in Mecca and the Prophet’s Mosque in Medina grew to envelop the grave of the Prophet Muhammad.

Why is it that both of these graves and the mosques around them were left unmolested? The answer is simple: the sages, muftis, judges, and rulers of previous generations did not consider them as loci for heresy; they did not consider their forcible removal to be the proper legal response. In short, the earliest generations — the Salaf from which the contemporary Salafi derive their name —  did not understand the Quran and Sunnah to require forcible exhuming the bodies of Muslims or destroying tombs and other structures built adjacent to their graves.” – Shaykh Musa Furber (Read his full article here.)

They say in the working world, one is judged by[...] 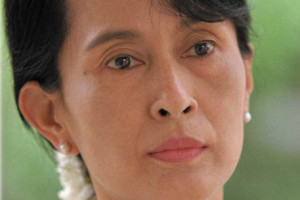 The recent deadly violence by Buddhists  & Muslims in Rakhine[...]

Leave a Reply to Ameera