Home Features Opinion Halal Food: How Halal is Our Treatment?

In an article, The Morality of Mealtime, (Time, Wednesday Mar 20, 2011), Bryan Marsh speaks of a severe attack against  fans of good food and writers on the lack of morality in extolling food and its pleasures without caring for the way the animals are treated before they arrive in our plates. No, it is not mere veggie propaganda for us to drop our carnivorous habits because it is true that in the mass farm production, there is no room for feelings.

Nearly at the same time, Jane Goodall, a renowned primatologist who has received world recognition for her studies of primates, published “Nous sommes ce que nous mangeons”, (We are what we eat) denouncing the inhumane treatment of animals in the food industry. In an interview she declares that we consider humans as animals when we deprive them of human qualities, but the treatment of animals without any compassion for their suffering, considering them as mere industrial objects and not considering them as suffering species, is already unjustifiable cruelty.

In her book, she says, “When people tell me they are appalled by the treatment that we inflict on animals, it infuriates me. What do they do to prevent them? What animals do they eat every day? Do they help the poor who kill endangered species for food?”

As God’s vicegerents on earth it is our incumbent duty to care for inferior creations. The Holy Quran and the Hadiths stress upon our duty to treat animals humanely as well as any other God’s creation. The teachings of Islam go as far as to consider kind treatment of animals as a good act. Here are a few verses from the Holy Quran that tell us what animals are from the Islamic stance:

“Seest thou not that it is Allah Whose praises are celebrated by all beings in the heavens and on earth, and by the birds with extended wings? Each one knows its prayer and psalm, And Allah is aware of what they do.” (Qur’an 22:18)

“There is not an animal on the earth, nor a flying creature flying on two wings, but (form part of) communities like unto you.” Quran, Surah 6, verse 38.

Hadiths of Bukhari, Muslim, and others abound in examples of sympathy towards animals. One of the best examples of the Holy Prophet (SAW) is when he tore his cloak upon which Mueza, the cat, was sleeping in order not to disturb it in its sleep and the rebukes he made towards all those who showed cruelty towards animals. It would be tedious here to narrate all of them here but let us keep in mind that saying of the Prophet (SAW):

This is what David Margoliouth, the English Arabic scholar, (1858-1940), wrote about the Prophet (SAW): “His humanity extended itself to the lower creation. He forbade the employment of towing birds as targets for marksmen and remonstrated those who ill-treated their camels. When some of his followers had set fire to an anthill, he compelled them to extinguish it. Acts of cruelty were swept away by him.”

Hind, post name of the person on Facebook, expresses this opinion in Animal Rights in Islam: “Islam’s concern for animals goes beyond the prevention of physical cruelty or even condescending kindness to them, which is a negative proposition. It enjoins on the human species, as the principal primates of animated world, to take over the responsibility of all creatures in the spirit of a positive philosophy of life and to be their active protectors.” And he quotes this hadith: ‘The Prophet(s) was asked if acts of charity even to the animals were rewarded by God. He replied: ‘Yes, there is a reward for acts of charity to every beast alive.’ (Narrated by Abu Huraira, Bukhari, 3:322. Also Muslim, Vol. 4; Hadith No. 2244. Also Awn (Ref. No. 32), 7:222, Hadith No. 2533. Also Mishkat al-masabih, Book 6; Chapter 6.’

So, it is certainly not enough to strictly abide by the Halal/Haram rules and turn a blind eye on what are being done to animals before they come on our table. The Holy Book enjoins us:  “O’ Believers! Eat of the good and pure (lawful) that We have provided you with and be grateful to Allah, if you truly worship Him.” (2:172). The word ‘good’ must not be neglected. May Allah (SWT) guide us in His way. Ameen.

“Let man reflect on the food he eats: how We poured out the rain abundantly, and split the earth into fissures, and how We then made the grains to grow, and vines and reeds, olives and palms and gardens and fruits and pastures—an enjoyment for you and your cattle to delight in.

There is not an animal (that lives) on the earth, nor a being that flies on its wings, but (forms part of) communities like you. Nothing have we omitted from the Book, and they (all) shall be gathered to their Lord in the end.

Although over two hundred verses in the Qur’an deal with animals and six suras (chapters) of the Qur’an are named after the animals, animal life is not a predominant theme in the Qur’an.[8]

The Prophet said, “While a man was walking he felt thirsty and went down a well, and drank water from it. On coming out of it, he saw a dog panting and eating mud because of excessive thirst. The man said, `This (dog) is suffering from the same problem as that of mine.’ So, he (went down the well), filled his shoe with water, caught hold of it with his teeth and climbed up and watered the dog. Allah thanked him for his (good) deed and forgave him.” The people asked “O Allah’s Apostle! Is there a reward for us in serving (the) animals?” He replied: “Yes, there is a reward for serving any animate (living being).” (Narrated by Abu Huraira — Volume 3, Book 40, Number 551)

According to a recent report, the number of cases of[...] 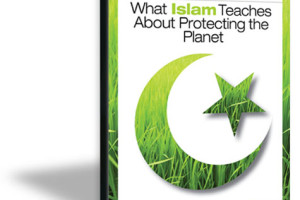