Rethinking Muslim Marriage Contract Seminar was conducted in an intimate atmosphere at The Shaw Foundation Building, NUS, with almost 50 attendees ranging from a variety of representative organizations and institutional bodies. Over a duration of 6 hours, we were served with a panel of renowned speakers and lecturers from all over the region. The topic of marriage is no doubt a fundamental building block in religious, cultural, political, social and personal spheres.

What this seminar aimed to achieve was to initiate a discourse that goes beyond the rigid boundaries of traditional marriage, at the same time, empower women with protective rights. With the collaborative efforts of the organizers: AWARE, Leftwrite Center and NUS Department of Malay Studies, they laid the possibility of a reform by deconstructing the marriage contract between a man and a woman as well as taking a critical view in interpreting the content of the Quran.

“The need to reform Muslim Thought in Gender”

The paper was by KH Hussein, a Founder-Director of Fahmina Institute, Indonesia, who spoke in accentuated Bahasa and was concurrently translated by the Chairperson of the presentation, Mohammad Imran Mohamed Talib. He introduced the concept of Deen, Syari’ah and akhlak by painting into our minds a picture of a tree.

The Deen being the roots, which represents universality; the Syari’ah as the trunk of the tree, representing the ideals, which were transcendental; finally, we have the akhlak as the flowers and fruits to represent the outcome: our embodied moral ethics.

As KH Hussein, soft spoken and wise with age, he drew on specific verses from the Quran; he described it as a dialectic relationship between text and context. This correlation of the text and context was in fact, a recurring theme that was also touched upon by the other speakers during the seminar. He questions us, “What is Islamic Law?” “Is it unchangeable?” and went on to compare Syari’ah as the ideals that was introduced by the Prophet Muhammad and Fiqh as developed over time and is being continuously interpreted.

He argues for the need to be aware of the progressive changes in the social-political sphere because conflicts often arise when the traditional readings of the Quran text are taken at face value and not contextualized.  The sacred text should be interpreted according to the context of our current lived reality. At the same time, keeping in mind the objective of the Syari’ah “ Maqashid al-Syari’ah” which were fundamentally:

Ideally, scholars have even expanded this list to encompass the protection of dignity and the protection of the environment. This justifies the compatibility of Islam to human rights and the endeavor for common good.

KH Hussein placed a relevant example alongside this argument. He told a story of Umar bin Khattab RA who was a sahabah of Prophet Muhammad (S). Many criticized Umar Bin Khattab RA because he based several political and social decisions according to the principles listed above while they differed from what had been advocated by the Prophet before his demise. For example, Umar condoned the talak to be done three times instead of one and he eliminated the law on the cutting of the hands of those who steal because the society they lived in at that time was ridden with poverty and hardship.

KH Hussein was showered with fervent response from the audience who were critical of him advocating the interpretation of the sacred texts according to current progressive society. This was because there seemed to be a dichotomy between the textual and the contextual or in other words, the conservative and the progressive.

The participants were also challenging the idea of the ideal principles of the Syari’ah because there were issues that breached protection of human freedom, such as the requirement of conversion to Muslim to legalize a union of a Muslim and a non-Muslim under the Syari’ah court.

Such affairs posed as loopholes within the stated 7 principles of the Syari’ah. There were also questions of Power and which body of power has the right to determine which interpretation of the text will be deemed as “correct”.

Paper 2: “Men as Protectors and Providers: The unmaking of a legal fiction in Muslim family laws”

These thought-provoking questions were brought forward to the next presenter, Dr Ziba Mir-Hosseini, Professiorial Research Associate, Centre for Middle Easter and Islamic law from the University of London, UK. Dr Ziba championed the global movement for the belief of equality and justice within the Muslim family; Musawah.

Again, she draws upon the fundamental principle of Syari’ah, namely Islam’s spirit of Justice to drive this social movement. She also discusses the distinction between Syari’ah and Fiqh and agrees with KH Hussein with regards to the clash between pre-modern and modern justice and rights. What more is the vast difference in the interpretation of words from the text that brought about debates and controversy from terms that relate to marriage;

“Qawwamun (protectors/maintainers)” , “Qanitat (obedient) “Nushuz (rebellion)” and “adribuhunna (Strike them)”. What made one interpretation dominant instead of another interpretation are the underlying social and political forces. Therefore, the element of gender-biasness lies within the Syari’ah laws because it does not reflect the voices and the interpretations made by the women.

Ultimately, she says, the word “Qawwamun is the DNA of Patriarchy even though there is no way to have a patriarchal reading in the Quran”. It is the making of dominant man’s interpretations of the text. With the idea of “Protection” comes domination and thus, the marriage becomes a “contract where men acquire Qawwamun” and perpetuates this patriarchal ideology.  In fact, the Qiwama was purely a norm and value system that existed in its own right, a “Legal Fiction” .

So can there be equality when the playing field of men and women are not equal and men were already centuries ahead?

Dr Ziba states her stand that feminism is another epistemological body of knowledge. Acknowledging that there are core differences between men and women, the idealistic solution becomes the need to ensure equality of opportunity and outcome as well as come op with a new concept of “Qiwama”.

“In God’s eyes, we are all equal. What differentiates us are Taqwa (consciousness of Allah swt.) and Iman”

Paper 3: “ Taklik in Muslim Marriages in Singapore: Room for extension?”

Mdm Halijah Mohammad took her seat on the panel to give her presentation on “Taklik in Muslim Marriage contract in Singapore: Room for extension”. The dynamic and passionate vice-president of AWARE couldn’t be a better continuum from Dr Ziba’s standpoint to provide women with equal agency.

She presents herself not as a lecturer or an Islamic Scholar, but as a lawyer who had witnessed and advocated several real cases with regards to Muslim marriages. Her eye-opening presentation enlightened us with the terms and conditions of the marriage contract which we tend to overlook, as well as the basic court proceedings for marriages and divorce. If we do not illuminate ourselves with this crucial information, it might impair the knowledge of our own rights even as men or women.

Her feminist voice spoke of AWARE’s adherence to CEDAW’s ( Convention on the Elimination on All Forms of Discrimination against Women) and the need to provide women with equal rights in terms of Marriage. The conflict arises with the 2 Legal systems present in Singapore currently: The Syari’ah Law for Muslims and the Singapore legal system for everybody else.

This only takes form with regards to Family Law such as marriage, divorce and inheritance. Due to this separation of juridical adherence, Muslim women were subjected to different forms of legal rights that are not seen as in equilibrium with the Muslim men. This was exemplified through the grounds for divorce where the options for men differ to that of their wives. The men had the unilateral and extra-juridical right to profess the Talak to divorce while women only has the Taklik.

Mdm Halijah proposed for the terms of Taklik to be a negotiation contributed by both the women and the men. This was already in practice in other countries like Morocco and Iran where restrictions were placed on polygamy. Such terms will allow more empowerment for the women, which as agreed by Dr Ziba, the need for “absolute equality” when entering and exiting a marriage.

Dr Vivienne Wee, who is an anthropologist and Co-founder of AWARE, kick-started the plenary session by introducing the Muslim context in time and space as well as painted the diverse Islamic world and political Islamism. However, a member of the audience who was a representative from PPIS comprehensively criticized certain inaccuracies in the information she presented. An example was her sweeping description of how the written form of the Quran came into existence.

Both the audience and the plenary members posed several questions. Recurring themes were that of the issue on polygamy, because it questions the “ability to have balance of power in marriage”. The older members of the floor brought up the discussion on interpreting the Quran based on our social context and the concern of the possible dilution of the importance of this sacred text.

The audience and the panel also raised issues on knowledge-building and the need for the collaboration of several social groups, the educated and the religious. The audiences were not shy to speak of their own stands, both young and old, sparking constructive discourses among each other. Therefore, it emphasizes the need for the conservative elites and the progressive elites to come to common consensus. This will be the fundamental step in answering the final closing question posted by Mdm Halijah:

“What should we do next?”

You don’t have to be a medical expert to notice[...] 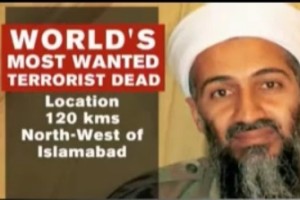 In this video, Ustadh Muhammad Umar from Ramadhan Foundation from[...]