Ramadhan has often been touted as a month for positive change, for the discarding of bad habits and the embracing of good ones, a month where one resolves to be a better Muslim, specifically one with a renewed sense of God-consciousness or taqwa.

This was the general theme of Ramadhan Resolutions, Safinah Institute’s 12th seminar held a week ago at the Singapore Expo. Eight lectures were spread over two days, with topics ranging from eliminating addictions to taking advantage of Lailatul Qadr.

You can read the review for the first day of the seminar here.

An Organisation for the Modern Muslim

If you’ve never heard of the Safinah Institute, allow me to give you the skinny on the three-year-old organisation. Safinah provides religious classes in English through its stable of young teachers, many already running their own businesses, and hence marketed as all-rounded, successful individuals. These teachers are a charismatic, eloquent bunch, and IT-savvy too, eager to use flashy Keynote presentations beamed from their brand new Macbooks.

Similarly, their courses are geared towards the modern Muslim, the one who besides wanting to know what Islam expects of its adherents, is also interested in individual development via the religion. Their talks and classes are usually held away from the mosque, at the Singapore Expo or their office in Guthrie Building, an earnest effort perhaps at attracting mosque-shy Muslims. Every now and then during a talk an ustaz or an ustazah will brand audience members as being “The Chosen Ones”, special and worthy enough in the eyes of God for a place at the majlis ‘ilm.

In short, they are perhaps the closest one can find to an ‘Islamic’ version of prosperity theology, the doctrine that emphasizes the importance of personal empowerment and financial wealth; that part of God’s Blessings is being materially successful.

Such a sweeping generalisaton of Safinah Institute may seem unfair. After all, my perception of the organisation is based only on what I’ve read on their website and what I gathered from attending the second day of this seminar. In truth, there were several moments where I felt fortunate to have attended the lectures, like when Ustaz Irwan Hadi shared what one needed to do to attain the sweetness of imaan, or when Ustaz Muhammad Fizar spoke on the importance of personal reflection in the month of Ramadhan.

Attaining the Sweetness of Faith this Ramadhan

[pullquote_left]All human beings are the creation of Allah, and therefore even the most loathsome of people are worthy of mercy and compassion[/pullquote_left]

The first lecture, delivered by Ustaz Irwan Hadi Bin Mohd Shuhaimy, focused on practical steps one could take to increase his or her faith during the month of Ramadhan. One, to make Allah and His Messenger dearer to him or her than anyone else, by reflecting on Allah’s Beauty manifested through creation and Rasulullah’s beautiful characteristics respectively.

Ustaz Irwan, a graduate of Egypt’s Al-Azhar University, shared a saying of Ibn Al-Qayyim’s: “And it is enough to realise Allah’s Beauty when we know that every internal and external beauty in this life and the next are created by Him, so what of the Beauty of their Creator?”

The next step to increasing one’s faith was to love a person solely for the sake of Allah. This was elaborated as realising that all human beings are the creation of Allah, and therefore even the most loathsome of people are worthy of mercy and compassion. The third and final step is for one to hate returning to kufr once Allah has rescued him from it. For this, Ustaz Irwan recommended that one constantly counts his or her blessings in life and that one spends much time thinking of the Hereafter.

The second lecture was delivered by the only female speaker of the seminar, the ever-chirpy Ustazah Nazeerah binte Shaik Alwie. She shared with the eager crowd, which incidentally comprised mostly of females, tips on taking full advantage of Lailatul Qadr, also known as the Night of Power.

Ustazah Nazeerah shared (with many of the young asatizah of Safinah every lecture was always considered a friendly sharing session, never an autocratic lesson to be taught and insisted upon) several Hadiths of the Prophet which help in defining just when the Night of Power is. Why doesn’t Allah and His Messenger simply tell us when Lailatul Qadr is? Ustazah Nazeerah proffered that doing so would result in Muslims confining their worship to only one night, thus reducing the significance of the other 29 nights of Ramadhan.

Developing God-Consciousness from Within

The third lecture, held after lunch, was chaired by Ustaz Muhammad Zahid bin Mohd Zin, of Madeehul Mustafa fame. His lecture was about using fasting as a vehicle for developing God-consciousness from within and featured heavily the tafseer of verse 186 of Surah Al-Baqarah, which means “O you who believe! Fasting is prescribed to you as it was prescribed to those before you, that you may attain taqwa.”

Ustaz Zahid spoke of how the fasting experience differs from one person to the next, just like how different prescriptions of medicine are given to different people. As such, not everybody will be able to attain the same level of taqwa.

Despite the wealth of knowledge Ustaz Zahid has, I found it difficult to listen to his lecture, partly because I think he would have been more comfortable speaking in Malay instead of English. Admittedly, it would have been clearly better had he been flanked with a Malay-to-English translator, for the benefit of the English-speaking members of the audience.

I found in most of the speakers an inclination to infuse their lectures with much humour and sarcasm. Although this was certainly appreciated by members of the audience – judging by the laughs heard – I wondered if it inadvertently downplayed the seriousness of Ramadhan in particular, and the faith in general. What would past scholars of Islam have to say if they saw the audience members of this seminar, sipping their lattes as they casually listened to the lectures, I wondered. Considering how revered religious teachers and religious knowledge were, I can’t confidently say they would have approved.

The Spirit of Ramadhan: Raising the Bar & Maintaining Momentum

The final lecture, was for me, the saving grace of the day. Ustaz Muhammad Fizar Bin Zainal, who spoke on raising the bar and maintaining momentum in Ramadhan, was undoubtedly the most articulate of the lot, a testament perhaps to having been a product of the Singapore secular education system.

He exhorted that we spend our time wisely during Ramadhan: performing acts of devotion such as the nightly teraweeh, remembering Allah through zikr, donating our money to worthy causes and the less-fortunate and reciting the Holy Quran. I especially liked how he peppered his lecture with examples of how Ramadhan was observed in other parts of the world such as in Hadramawt and Syria, as well as how the Companions of the Prophet would treat the month, with the full respect it deserved.

The seminar concluded with Ustaz Mizi Wahid, the founder and CEO of Safinah Institute, reciting a dua for all of the participants present and reflecting on what had been an eventful two-day seminar.

Shahnawaz Abdul Hamid
The writer blogs about being a Muslim in Singapore at www.hayatshah.com 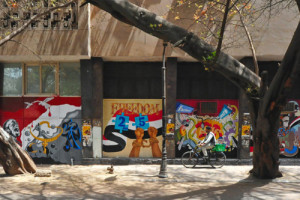 Muzlimbuzz is starting a series called “The 99 Names of Allah”[...]

In a comparatively similar manner as water, air, earth, and[...]