What: Cease to Exist Anybody hoping to catch Amir Sulaiman’s debut appearance in Singapore would have found themselves at the unlikely location of Halcyon 2, an industrial building situated along Jalan Pemimpin where O’Lando Studios, the venue for the event was located. Cease to Exist (a direct translation of the Sufi concept of fana, or annihilation of the self before God) saw a motley crowd of about 40 people ranging from sisters in hijabs to guys in shorts and basketball caps gathered in the increasingly cramped studio to catch Amir Sulaiman in action.

Amir Sulaiman is a spoken word artiste/rapper whose highlights include appearances on HBO’s Def Poetry, numerous albums and collections of poetry, performances with the likes of Mos Def, Outlandish and Stevie Wonder, and accolades from magazines like The Source, XLR8R and URB. His all-too-brief workshop in Singapore came after a series of similar events in Malaysia. Dressed in an all-black ensemble with a tasbih wrapped around his right forearm, Amir Sulaiman arrived in the studio and explained to the audience that he would be reciting some of his poetry and sharing his own experiences, but he wanted the evening to be interactive and welcomed everybody to ask questions and have an open conversation with him.

Amir’s first poem of the evening was Like A Thief in the Night, from his album of the same name on Uprising Records. Revealing a little about his writing process, he said that the poem first came to him while he was driving and that he had asked his passenger to take the wheel while he jotted down his verses. He noted that this wasn’t the safest way to drive or write a poem, to much laughter from the crowd, and asked that the audience not follow his example.

Speaking on his creative process, Amir explained that the bigger the heart is, the more it can catch, and that it was the consumption of love into the heart that expands it.

He then spontaneously broke into Black Swan, from VisualVerse, a series of poetry/short film collaborations with filmmaker Mustafa Davis. He apologised and said that he might just suddenly start reciting poetry without warning over the course of the evening.

Amir encouraged all writers to get their poems out and only edit them once they were actually written, and not edit the poems in their heads, comparing the process to shaping metal into a sword or rock into a sculpture.

After reciting Truth Is from The Meccan Openings, Amir explained why much of his poetry revolved around conversations, saying conversations opened the possibility of bringing a different dynamic to his subject matter, allowing for discussions and arguments.

Amir said that he had written poetry since young and had always assumed it was a normal part of childhood, like watching cartoons or playing football. Amir credited rappers like Nas and Black Thought from the Roots with first exposing him to poetry. He also took inspiration from the lofty language of the Qur’an, and said that the combination of the two informed his own work.

Someone asked whether it was more difficult being black or Muslim against the backdrop of both 9/11 and the election of President Obama. Amir said that throughout much of the history of the United States, blacks were oppressed by institutionalised racism, whether the “official” enemy was Native Americans, Communists or Muslims. However, he suggested that black people’s history with oppression could allow them to help advise Muslims in the face of systemic Islamophobia.

The highlight of the evening was Amir reciting and giving what he called a “tafsir” of Secret Art, the first track of his latest album The Medinan Openings. Breaking down his verses to expose references to the Hadith of Jibril, Imam An-Nawawi, and Elijah Muhammad; he revealed intriguing wordplay, and thought provoking ideas at every turn.

He then proceeded to recite his poems Vagabond and How Beautiful.

Amir closed the evening with crowd pleaser She Said, I Prefer a Broken Neck, well-known from his performance on HBO’s Def Poetry, as requested by an audience member.

Before the end of the programme, Amir announced that he was in discussions with Sout Ilaahi to come down again early next year for a full concert. This writer, for one, is looking forward to that. 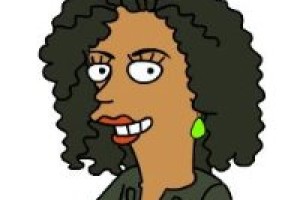