Dina Tokio: A Hijab Fashionista & What Comes With It

Home Features Biography Dina Tokio: A Hijab Fashionista & What Comes With It

Dina Tokio: A Hijab Fashionista & What Comes With It

Hijab Fashionista and vlogger, Dina Torkia or better known as Dina Tokio hails from UK. Founder and owner of clothing line, Lazy Doll, her popularity increased when she participated in the TV show ‘Style the Nation’ in 2011 that was telecasted in the UK. Her YouTube videos had gone viral since, with over 17,000 subscriptions to her channel currently. And who can blame her? Her style is fresh, hip, elegant, glamorous, and they definitely won’t burn a hole in your pocket.

However, being famous will not spare you from criticisms despite of your faith or intention of wanting to promote fashion styles that are modest. Her first controversial issue was regarding the Hijab Flower Pin or Bun that creates volume at the back of the head. This resulted in some discourse online, as to whether this particular hijab style can be labeled as the ‘camel hump’.

‘Camel hump’ refers to a style that women arrange on their head that appears high and huge that it resembles the humps of camels. Women putting on such styles are said to not be able to enter Paradise as mentioned in the following hadith.

[box_light]Abu Hurayrah said: The Messenger of Allah (peace and blessings of Allah be upon him) said: ‘There are two types of the people of Hell whom I have not seen: a people with whips like the tails of cattle, with which they beat the people, and women who are clothed but naked, walking with an enticing gait and with their heads looking like the humps of camels, leaning to one side. They will not enter Paradise and will not even smell its fragrance, although its fragrance can be detected from such and such a distance.’ (Narrated by Muslim, 2128).[/box_light]

She responded to these criticisms by uploading a video on her channel (which is now unavailable) explaining why she does not think her hijab style is the ‘camel hump’ that was mentioned in the hadith above. In her defense, she does not place her hijab flower bun too high and claimed only when one places it above the head crown, it would then be considered a ‘camel hump’. Otherwise, it is just an accessory.

Her second controversial issue was when she made a turban style hijab tutorial upon request. The turban style hijab, which was usually associated with veteran singers like Ramlah Ram and Rahimah Rahim, was suddenly a hit amongst youngsters with many having their own turban style tutorials on their YouTube channel. It was no longer awkward donning the turban style as the style’s versatility ranges from elegant to geek-chic.

Again, this too draws criticisms, as in most pictures and videos Dina choose to leave her neck uncovered which contradicts her signature tagline ‘Keep it Covered’.  The following hadith elaborates on body area a woman can expose when she is outside of her home or in front of men who are not of her mahram (unmarriageable kin).

[box_light]Ayesha (r) reported that Asma’ the daughter of Abu Bakr (r) came to the Messenger of Allah (s) while wearing thin clothing. He approached her and said: ‘O Asma’! When a girl reaches the menstrual age, it is not proper that anything should remain exposed except this and this. He pointed to the face and hands.” [Abu Dawud][/box_light]

Whatever controversies befall upon Dina, one cannot deny that she has the power to influence both hijabis and non-hijabis at a snap of a finger.

She has also recently been writing for popular magazine Aquila Asia. Her first article was titled “Ode to Ramadan” and her recent article was an interesting take on her cultural upbringings of Egypt and UK: “Reflections on Being Bicultural“. You can read her other articles through this link.

Despite the criticisms that some might have of Dina, my take is that you should get some inspiration from her style, and add a little twist of your coverage preference or what you deem as proper hijab.

Norhafizah Johan
Fizah graduated from LASALLE College of the Arts with a Diploma in Arts Management. Her blurb and life are a work in progress, and writing is one of her ways to explore her inner self.

* All images taken from http://www.facebook.com/DINATOKIO 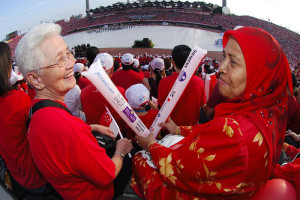 9 August: 9 Reasons Muslims are Blessed to be in Singapore 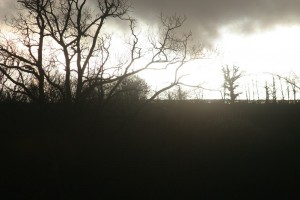 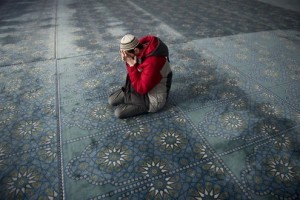