Paying tribute to a big brother, both by blood and religion

“Whoever believes in Allah and the Last Day, let him maintain the bonds of kinship.”
The Prophet Muhammad, (Peace be upon him) as narrated by Bukhari

I was never really friends with my abang (big brother in Malay). I know that seems like a strange way to start a purported tribute to him, but it’s the truth. Seven long years separated our births, and while it doesn’t seem like much now that we’re both in our thirties, it was a huge gulf during those crucial growing up years. I can understand why of course. After all, what 15 year old boy would want to hang out with his annoying 8 year old brother? While it’s not as bad as it used to be, a little bit of that gap exists to this day. Even now, I still am a little jealous of people who have close relationships with their siblings, friends whose brothers and sisters acted as their close friends and confidantes in times of distress and confusion.

In retrospect however perhaps there was good reason for this. Coming into my twenties, trying to find myself and understand Islam as a young adult, I was confused. There was a cacophony of voices trying to define what Islam was and wasn’t in the wake of the events of September 2001, and I honestly couldn’t make sense of it. Alhamdulillah my big brother was there to guide me to the truth of Islam.

I don’t mean to belittle my parents’ efforts in raising both my brother and I as Muslims. They raised me in the religion, taught me to pray and the fundamentals of belief and sent me to teachers when they themselves lacked the knowledge or ability to teach me. Without their efforts I don’t know where I would be. Ultimately though, as a man in my twenties I was still holding on to the religious understanding of a child and I had yet to grow spiritually. My brother, even as he himself was learning about the deen, was my primary guide to learning about the religion. He helped steer me towards the traditional understanding of Islam, away from the two extremes of Wahhabism and liberal Islam. He introduced me to my first teachers, who taught with a wealth of both great knowledge and good humour. My brother started taking me to classes of traditional Islamic sciences such as Qur’anic tafsir, hadith, fiqh and tasawwuf.

I first got to know about scholars like Shaykh Hamza Yusuf, Shaykh Nuh Ha Mim Keller, Shaykh Abdul Hakim Murad, and Shaykh Muhammad Al-Yaqoubi through him. He brought me to my first circles of dhikr and my first maulids. I accompanied him as we sat in gatherings (many organised and promoted by SimplyIslam, ahem ahem) in the company of luminaries such as Habib Umar bin Hafidz, Habib Kadhim As-Saqqaf, Shaykh Yahya Rhodus, Shaykh Khalil Moore, Ustadh Usama Canon and others. He brought me to meet the late awliyah of Allah, Habib Ali bin Jaafar Al-Idrus, in his home in Batu Pahat and I saw firsthand, though perhaps I didn’t understand it at the time, the reality of living sainthood in our modern age.

I realise all of this seems like meaningless name dropping, but the point I’m trying to make here is that my brother helped open my eyes to a world I might otherwise not have known existed. At that point in my life, I think I was very much deluded by a secular, materialistic worldview and confused by both liberal and so-called Salafi interpretations of Islam. Perhaps I would’ve been among those calling for gay imams or decrying my Muslim brethren as deviants and disbelievers over legitimate differences of opinion were it not for my brother’s influence.

Most importantly, I feel, was that my brother showed me, by word and deed, that living by the sunnah of our Prophet Muhammad (SAWS), was a very real possibility in this day and age, and there were many who were trying their best to do so even in the midst of our so-called secular society.

Living together under the same roof, I saw him act as the head of a household, being a responsible son, brother, husband and father, raising three children the best that he could. As a husband and insha-Allah a soon-to-be father myself I hope and pray to be like him in that regard. It still amazes me sometimes that the brother I knew whom my parents constantly scolded for his long hair, cigarette smoking, late nights out and other youthful indiscretions, had matured into this inspiring human being.

This process of readjusting myself to a more God-conscious point of view wasn’t easy. Getting chided for wearing inappropriate clothing to pray or being shirtless even at home, for example, was not pleasant, but in hindsight I appreciate and understand the necessity of the advice.

The moral of this story, I suppose, is the importance of companionship in our religion. Many will of course point towards keeping the company of the ulama as learned guides towards seeking the pleasure of Allah. Their importance is paramount, and cannot be underestimated. However, just as important is who we spend our day to day lives with. Our parents, our siblings, our friends, our spouses, all of them help shape our understanding of the world, and help guides us either towards or away from Allah. For me, the companion who walked with me and guided me towards a better understanding of Islam was my brother, and I can only dream of being as good a companion in the deen to others as he was to me.

My brother isn’t a scholar, and he would never claim to be one. But his da’wah to me was invaluable nonetheless and I could never hope to repay the debt I owe him for all his spiritual inspiration and guidance. Rasulallah (SAWS) taught us that he who is not grateful to his fellow man is not grateful to God, and I am forever grateful to Allah SWT for the blessing that is my elder brother. Thank you abang. 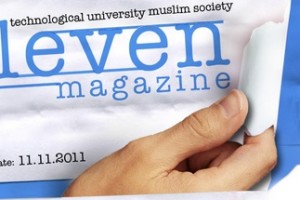 Interview with ELEVEN Magazine for “Change” 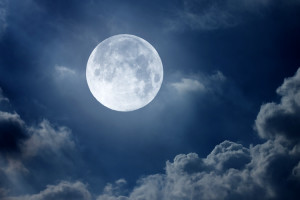 SubhanAllah it feels just like last week that we welcomed[...]