Shaykh Nuh Ha Mim Keller should be no stranger to English-speaking Muslims across the world. Shaykh Nuh, a faqih in Shafi’i jurisprudence and a shaykh in the Shadhili path, is probably best known for his English language translations of two classical Shafi’i fiqh texts, Imam An-Nawawi’s Maqasid and Ahmad ibn Naqib Al-Misri’s Umdat As-Salik, a translation so well received it is almost universally known by its English title, Reliance of the Traveller.

Sea Without Shore: A Manual of the Sufi Path is a very different work to these two pieces. Comprised of three parts, the first section of the book recounts Shaykh Nuh’s encounters with five Sufi shaykhs who guided him.  The second deals with practices of the Shadhili tariqa, while the third tackles certain issues that have caused confusion among modern-day Muslims.

The first section is particularly compelling. It is ironic that the oft-quoted maxim that knowledge in our religion comes from the hearts of men and not from books, is best exemplified in this book. Shaykh Nuh relates with great detail his experiences with these five men of God, and his tributes to his spiritual teachers should serve to answer those who doubt the existence of the awliyah in our time. There is a passage in the first chapter where Shaykh Nuh is speaking to Shaykh Abd Al-Rahman Al-Shaghouri, his Shaykh in the Shadhili path, regarding the Oneness of Allah which is easily one of the most evocative descriptions of Tauhid I have come across.

In several sections he describes the corruption and brutality of the Syrian government, particularly when it came to religious scholars and students. It is sad to see how little has changed thirty years one. Similarly, there is a sadness when he recounts Hajji Baba, the Naqshabandi-Qadiri Shaykh of his wife Umm Sahl, struggling against the secularisation of Turkey in the midst of the fall of the Ottoman Empire, to the extent that while serving in the army he had little choice but to pray the five daily prayers in the washrooms.

The second section deals specifically with the Shadhili tariqa and how it applies to different aspects of life. Much of the Shaykh’s advice in this section is strict in the light of daily ‘modern’ life, as the Shaykh advises against eating out or spending time online, for example. However, with even non-Muslims arguing for the return of traditional values and recommending disconnecting from the internet at least once in a while, it is impossible not to see the wisdom in Shaykh Nuh’s advises.

The third section deals with many issues; including perennialism and the universal validity of religions, and evolution, which have become points of controversy and contention among Muslims. Shaykh Nuh gives comprehensive, well elucidated responses to these matters which should, insha Allah, quell doubt in most hearts.

I have always appreciated Shaykh Nuh Keller’s lucid style of writing; knowledgable, deeply philosophical but capable of explaining difficult matters in a clear manner without ever coming across like he were simply reciting verbatim from an encyclopedia.   This lucid style lends itself well to Sea Without Shore, making the book an easy read despite its considerable heft and heavy subject matter.

I am scarcely doing justice to this book to say this, but Sea Without Shore comes highly recommended to all with an interest in Shaykh Nuh, the Shadhili path, Sufism or traditional Islam generally. 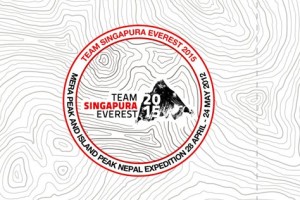 “Coming from different walks of life, experiences and backgrounds, we[...]

Here in Singapore, we’re blessed with tropical weather all year[...]

Leave a Reply to Muhammad Shaz