An Exposé Into the Muslim Student Societies In Singapore

Home Features An Exposé Into the Muslim Student Societies In Singapore

An Exposé Into the Muslim Student Societies In Singapore

More and more graduates from local tertiary institutions are seeing the importance of increasing and sustaining their contribution to the local Muslim community at large.

These individuals play an integral role and attest that with a heightened awareness of the problems facing the Muslim community coupled with co-operation, hard work, they are able to develop passionate agents of change and bring the community closer together.

The various Muslim Societies in Singapore are recognized for their diverse student body and the encouragement of individual paths to knowledge. These societies seek to cater to the spiritual, social and intellectual needs of the Muslim brothers and sisters in Singapore regardless of the specific beliefs or degree of religiosity.

The needs of the Muslim community are also factored in as part of the mission, vision and objectives across Muslim Societies in various tertiary institutions.

According to an annual report by the Islamic Religious Council of Singapore (MUIS), their passion is renewed on a yearly basis to identify key players and reach out to the larger Muslim community. One of the objectives of MUIS is to actively work to empower youths and equip them with the necessary skills to survive in a turbulent global environment.

Nurul Iman binte Abdullah is one who believes that a active pool of student volunteers is paramount. She has been involved in the Nanyang Technological University’s Muslim Society (NTUMS) in all her four years as an undergraduate and says that every Muslim should try to get involved in their campus’ Muslim society or risk losing out on an opportunity of a lifetime.

“Our Muslim Societies usually cater to the immediate needs of the students. There is always something for every one,” she said.

[quote]“It is also a platform to meet international students and is truly a form of zikrullah (remembrance of Allah) to be amongst those of different nationalities but share the same faith,” she added.[/quote]

More importantly, Nurul believes that her involvement in NTUMS has broadened her worldview and given her a better picture of where and how she likes to contribute after graduation. Now a Secondary School teacher, she seeks to heighten the awareness in school teachers about their responsibility as educators of the future generation.

She believes that her exposure with NTUMS has helped her to prioritize, narrow down her options and serve in a platform where she feels she can contribute effectively. According to Nurul, youths who are interested to help out in the community need to develop a critical mind in the grand scheme of things especially when it comes to selecting a volunteering platform.

“There is nothing wrong with youths who want to help out in platforms that are in tandem with their interest,” said Nurul.

“However, as informed individuals of the local Muslim social scene, it is important for us to rethink our priorities and seek to help out in areas where we are most needed. This will ensure that our resources are allocated to where it is required most,” added the 25 year old.

[pullquote_left]”As informed individuals of the local Muslim social scene, it is important for us to rethink our priorities and seek to help out in areas where we are most needed.”[/pullquote_left]

Nurul and her peers have conducted several successful pilot projects and they seek to make concrete their plans to create a sustainable developmental programme for Muslim educators nationwide.

Siti Hanisah binte Yahya’s experience with the Youth Expedition Programme (YEP) to China, jointly organized by the National University of Singapore Muslim Society (NUSMS) and NTUMS has taught her the importance of unity in the Muslim community.

“The Muslim community in Yunnan live very humbly and had barely enough for themselves, but they were a closely-knitted community and did all they could to help one another out,” she said.

[quote]“On top of that, they made their worship to Allah a top priority in life. They had unwavering faith and trust in their Creator despite their condition,” added the 23 year old.[/quote]

Hanisah is a Social Assistance Policy Officer with the Ministry of Community Development, Youth and Sports (MCYS) and believes that one of the biggest factors plaguing the Muslim community in Singapore is the lack of religiosity and unity.

This reality is reflected in the number of cases of Muslims at risk Hanisah and her team has to deal with.

“I hope to see Muslims put their differences and their individualistic nature aside and help one another for the sake of Allah. Helping your brothers and sisters in Islam who are in need is a prophetic tradition and an integral part of Islam.” she said.

“We are all on board the same ship. If there is a leak in the ship, we will all sink together and we cannot afford to let that happen,” she added.

Despite that, Hanisah feels hopeful for change when she looks at the increasing number of Muslim volunteers across the various platforms in Singapore.

Nadiah Syafawati Binte Mohd Shah from the Singapore Institute of Management (SIM) agrees that her experience with SIM’s Malay Cultural and Muslim Society (SIMMCMS) has allowed to see the importance of working in a Jema’ah (congregation).

She believes that it is crucial for organizations across the board to be aware of what one another are doing.

[quote]“Apart from avoiding the repetition of programmes and activities, organizations need to know the importance of synergy as an important marker of success,” she added.[/quote]

Nadiah and a group of Muslim students across various tertiary institutions in Singapore formed the Tertiary Muslims Students Network (TMSN) as platform to encourage their members to connect and engage with one another. This will facilitate the exchange of resources and expand their capacity for more opportunities to serve the Muslim community. Nadiah says that there are seven tertiary institutions in this network and and are making good progress despite still being in their infancy stage.

“We are seeking to establish a network of leaders who is competent and compassionate in exacting positive changes in the local community and beyond for Allah’s sake,” said Nadiah.

Ustaz Abdul Rahman bin Abdul Aziz, Deputy Head of Religious Education in PERDAUS says that the importance of working in a jema’ah was exemplified by Prophet Muhammad (may peace and blessings be upon him) and his Companions.

“The Prophet and his Companions taught us that there are a lot of blessings derived from teamwork. It is also a good way to maximise the potential of the youths,” he said.

He adds that the leaders in the respective Muslim Societies are heightening the importance of making volunteerism part of their members’ lives and is moving in a positive direction.

“In essence, the pleasure of volunteerism will touch the core of the being. You not only learn more about yourself and your peers, but this experience garners a satisfaction and happiness that is priceless.”

Ummjameel
Ummjameel is an English Literature and Mass Communications graduate. She is a self-declared teh tarik connoisseur and feeds her cat flowers from her table.

Po and friends return, making us laugh and go "Woahhhh!"[...] In life, we are always faced with decisions. The[...] 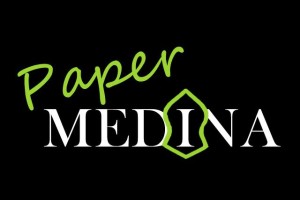 Muzlimbuzz gets to know about the newly-formed local graphic design[...]