Earlier this morning after Fajr prayer at Masjid Al Abdul Razak, Habib Ali Zaenal Abidin who was here for a newly-commenced Riyadus Shalihin monthly class, gave a short talk to the congregants.

Habib started off by mentioning how a lot of people are wasteful in their gift of good health and free time by not using these to get closer to Allah. He said that one of the marvels of Allah’s Creation is Time that turns into days and weeks and months.

Amongst the times that He has paid special attention to is Fajr. In Surah al-Isra, Allah says, “Verily the recitation of the Fajr is witnessed (by angels).” Prophet Muhammad sallallahu alaihi wasallam said that this is the time when angels change their shift. The angels that are returning to the Divine are reporting our good deeds during Fajr and the ones coming from the Divine brings with them blessings. Allah will ask the angels who have arrived, “How did you leave My servants?” and they would reply, “I left them while they were doing zikr.”

Habib made a supplication that we would be counted amongst those mentioned in the reply of the angels.

Habib then went on to speak about Rajab being a month of honour. He said that whoever honours what Allah has honoured, it is a sign of his taqwa (God-consciousness). Rajab is one of the 4 Holy Months; the other 3 are Zulkaedah, Zulhijjah and Muharram.

In Rajab, it is encouraged to fast, make istighfar and supplicate with the following to ask for blessings: Allahumma baarik lana fi Rajab wa Sha’ban wa ballighna Ramadan.

O Allah, bless us in Rajab and Sha’ban and cause us to meet Ramadan. One of the du’as of Nabi Isa (AS) is that he asked to be a bringer of barakah. He asked this when he was still an infant. What does it mean to ask for barakah? If it was little, Nabi Isa wouldn’t have asked for it. But Allah gives in abundance and barakah is the magic that makes a little be expanded. For example, a person might have a small salary but he is able to live well and comfortably. Or someone might have a short life, but he can accomplish so much in that time. Barakah is the Divine Expansion of what is seemingly little.

Asking for barakah also means to be a conduit that brings benefit and goodness to others. Habib said that the person most beloved to Allah is the one that brings the most benefit to others. And in this regard, there is none that exceeds the blessing of Prophet Muhammad sallallahu alaihi wasallam. He is referred to as “rajulun mubarak“, a blessed man.

Habib told us that if we can’t bring goodness to others, then don’t bring harm to them. This is reflective of the hadith where Prophet Muhammad sallallahu alaihi wasallam said, “The Muslim is someone that others is safe from his hands and tongue.”

Habib then went on to the 3rd main activity of Rajab which is asking for forgiveness. He reminded us that no sin is too big to be forgiven as long as we constantly recite istighfar, but to be wary of taking our sins too lightly that it eventually amounts to a mountainous heap. He cited the hadith of Prophet Muhammad sallallahu alaihi wasallam that says “Blessed is the one whose scroll of deeds is filled with istighfar.”

Seeking forgiveness multiplies the blessings as Qur’an mentions Nabi Nuh (AS) advising his people: “Ask forgiveness of your Lord: He is ever forgiving. He will send down abundant rain from the sky for you; He will give you wealth and sons; He will provide you with gardens and rivers.” Habib explained that rain does not refer to just the rain that gives life to plants and vegetation but also encompasses spiritual blessings, rizq, ilm, hidayah and afiya.

Habib Ali closed the session with prayers for forgiveness and blessings for all. 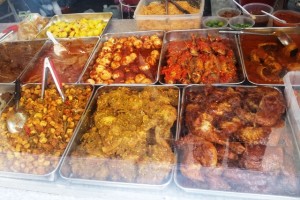 As we welcome the holy month of Ramadan, I would[...] 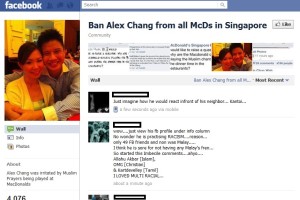 Dear Alex Chang, When we first found out[...]