Muzlimbuzz has a series called “The 99 Names of Allah” where writers & readers reflect on one Name from the 99 Beautiful Names of Allah and talk about why that particular Name is significant to them, or how they have seen that Name manifest in their lives. If you would like to submit your writing for this series, please send it to ameera@muzlimbuzz.sg.

I remember my childhood when I used to wake up, hearing the sweet recitation of Holy Qur’an by a Qari’ whose name is still unknown to me. The recitation was so sweet that I would lie in the bed listening to it. And my Dad used to play the Holy Qur’an audio sometime after the Fajr prayer almost every morning.  “Bismillahi Ar-Rahmani Ar-Raheem” and then starts the recitation.

Maybe that had impacted my tastes. Ar-rahman was the second name of Allah SWT I knew after ‘Allah’. And the meaning I knew for it was ‘The Most Gracious’.  But later on I came to know that it’s something more. ‘Ar-Rahman’ is related to the word ‘Rahm’ which means womb and Allah SWT says in Qur’an, “I am Ar-Raḩman and created the rahm”. I was suggested an article by a brother, which said, it’s in a way wrong to translate the Rahma as such into Mercy, as the English word mercy has a negative interpretation. Mercy is usually interpreted in English language as the quality that prevents someone from ‘harming’ another, when he/she has the power to harm. The first audio track on my phone is the recitation and translation of Surah Al Fatiha. It says, “In the Name of Allah, the Entirely Merciful, the Especially Merciful”.  To me that sounded a bit paradoxical first. It was a lecture that clarified my doubt. The Entirely Merciful implied that Allah SWT is so Gracious that He bestows His Grace on all of the beings, no matter if he/she is a believer or non-believer.

Very recently I was struck by a Facebook post which said, “What if you woke up today with only the things that you thanked Allah SWT for, yesterday?” I was in an emotional numbness. I didn’t know what to do. That might be the first time ever in my life that I will have thought about Ar-Rahman’s true meaning in a wide spectrum. I thought of all the blessings I have. I couldn’t finish counting them.

In a way, even my existence was due to His Rahma. I couldn’t believe how worthless I was, all these years not having thanked Him for His Bounties. He didn’t ask if I wanted them. He didn’t measure me to provide me with all these. He just gave me. None of us really asked for all these blessings we see around. So are the invisible blessings.

The sun always provides us with energy. Did we ask for it? No. Do we thank Ar-rahman for all his Blessings?It’s sad that we take all these Blessings for granted. He was never partial in providing all these. He didn’t create all these specifically for some people. He showed us that unconditional, nurturing Love.  His Rahma is boundless and doesn’t discriminate anyone from enjoying its fruits.  Allah SWT has said, when he completed the Creation that “My Rahmah has triumphed over My anger.”

He’d put His Rahma in every heart. He through rahm has sustained the life on earth. He through Rahm has created the motherhood, the embodiment of love and patience. He sent to us, Our Beloved, Rasulullah (S), about whom Allah SWT has attributed in Qur’an as the “Rahma to the worlds”.

I’d once come across a Hadith that says, Allah SWT has divided His Mercy into 100 parts. A part of this mercy has been bestowed upon this world, and the rest of the 99 parts has been reserved for the Day of Judgement. Just imagine how much He’s given us here on earth! And the hadith says that there’s much more than what we have here. We are not finished with estimating the bounds of His Rahma here on earth. And hence is Allah SWT’s Rahma beyond our little imaginations. His boundless Mercy, Grace etc., all together sum up to his Name “Ar-Rahman”. And this name of His, is solely owned by Him. He never has addressed any of His creation with this Name.

He has blessed us in multitudes of ways and some of his blessings are beyond our understanding. Even the intellect with which we measure this world and beyond, is one of His greatest blessings. But we fail to see and feel the marvels of His greatest blessings and are not able to say, “Our Lord! You have not created (all) this without purpose, glory to You!”, what else are we living for? Shouldn’t we explore the Rahma? I asked myself.

It’s said that we are the Khulafa’ (representives) of Ar-Rahman as he’s said in the Holy Qur’an, “I will create a vicegerent on earth”. So we are to represent Him. And the best way to represent Him will be to get inspired from the Rahma He has showered on us and live the inspiration. Only if we are to show this inspiration of Rahma in us, He will be Raheem, the Especially Merciful to us.

We are to frequently ask ourselves, “Have I ever shed a tear for not having thanked Allah SWT for the Rahma He has showered on me? Have I ever represented His Rahma?”

Labeeb Ibrahim
Labeeb is a Post Graduate student at National Institute of Technology, Calicut (NITC), Kerala, India. A dreamer, thinker and a good reader. Aspires himself to be a social worker, aiming at world peace and anti-poverty. 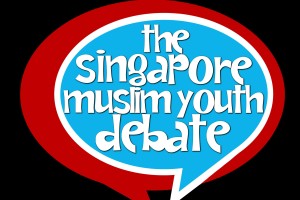 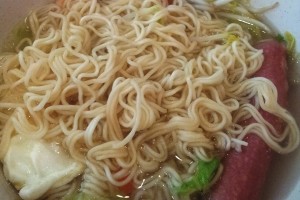 When you hear the name “Qiji”, I’m pretty sure majority[...]